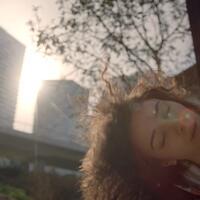 Written and directed by Azra Deniz Okyay, “Hayaletler” (Ghosts) returned with the “Best Director” and “Best Actress” awards from the Casablanca Independent Film Festival, which ended on February 2.

The film was featured as one of the Top 10 Non-US Releases by the Online Film Critics Society (OFCS) last week. It was included in the list along with the latest films from directors such as Christian Petzold, FranÃ§ois Ozon, Gianfranco Rosi, Michel Franco and Sarah Gavron.

Nalan KuruÃ§im, Dilayda GÃ¼neÅŸ, Beril Kayar and Emrah Ã–zdemir starred in the film “Ghosts”, which tells the stories of four different characters who unfold in one day during a nationwide power outage.

Okyay was selected as â€œBest Directorâ€ at the festival, while GÃ¼neÅŸ won the â€œBest Actressâ€ award. French director, screenwriter and producer Manuel Sanchez was the jury chairman of the festival, which took place online from January 27 to 31.