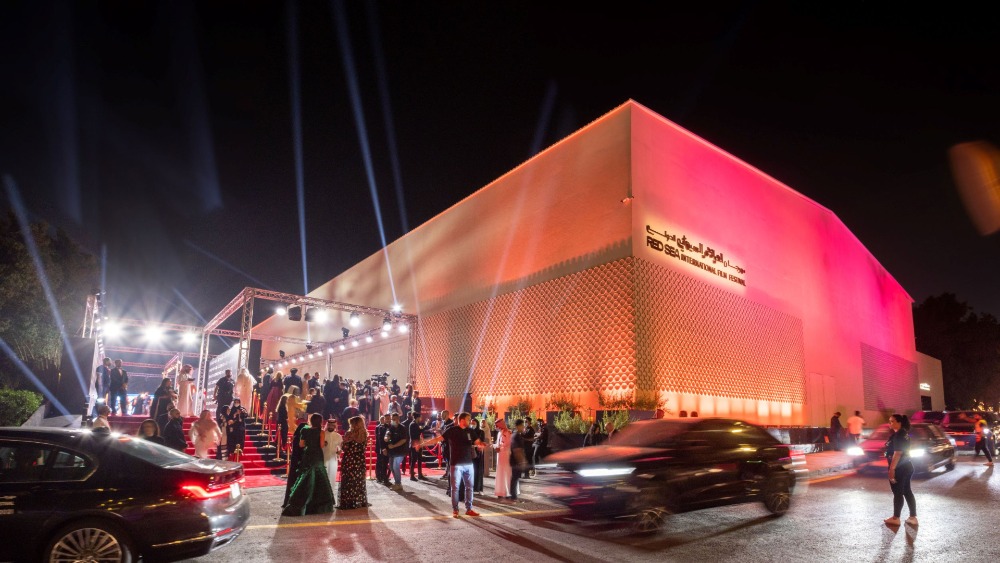 the Red Sea Film Festival announced that its second edition will run from December 1-10 this year, after its inaugural 2021 event saw nearly 140 films from 67 countries in 34 languages ​​screened for more than 30,000 ticket holders and more than 3,100 accredited guests from industry. The Festival will once again be held in the UNESCO World Heritage Site of Jeddah, the Old City Al Balad.

“We are grateful to the cinema and the local community who trusted us, it was a huge undertaking and the team worked extremely hard to deliver a festival which I believe exceeded expectations,” the chairman said. of the festival. Mohammad Al Turki. “Bringing people together through the universal language of film in the historic setting of Jeddah’s historic Old City, seeing emerging local filmmakers show their films alongside international counterparts in sold out cinemas was truly extraordinary. The future is bright for Saudi cinema and I look forward to welcoming returning and new guests from around the world for our second edition.

General manager Shivani Pandya Malhotra added: “We were delighted with the first edition and the extremely positive reaction from our local and international guests. Of course, this is just the beginning and we will strive to build on the foundations of a Festival that promises a bright future for talent, brings the best of cinema to audiences, supports the thriving Saudi film industry and becomes a gateway entrance for businesses. opportunities and collaboration.

the Duchess of Cambridge will appear on CBeebies “bedtime storieson February 13, reading “The owl who was afraid of the dark” through Jill Tomlinson. The first royal to appear on the programme, she does so to raise awareness for Children’s Mental Health Week, February 7-14, and chose the book as it fits well with this year’s theme of ‘growing together’. She joins an impressive list of top talent who have appeared on the program, including Tom Hardy, Chris Evans, Tom Hiddleston, Dolly Parton, Elton John and Ed Sheeran. Other big names lined up for upcoming specials include Regé-Jean Page, Emily Watson and Ewan McGregor.

Universal images dropped the mountaineering doc trailer »The last mountain”, which will be released on March 15. Directed by Emmy Winner Chris Terril (“Alison’s Last Mountain”) and produced by Julia Nottingham (“Skate Kitchen”) and Olivia Lichenstein (“Teddy Pendergrass: If You Don’t Know Me”), “The Last Mountain” is the multi-generational story of a British rock climber Tom Ballardwho disappeared on one of the deadliest mountains in the Himalayas in February 2019, a few kilometers from K2 where his mother Alison Hargreaves, a revolutionary climber herself, died 25 years ago. In the trailer, we are introduced to Ballard and those who were closest to him before his disappearance. Breathtaking clips of record-breaking ascents offer a glimpse into the psyche of one of mountaineering’s true dynasties. The film will be released in the United States on digital and on demand from March 15, 2022.

netflix “Scoop” series, directed by an Indian filmmaker Hansal Mehta (“Scam 1992: The Harshad Mehta Story”) began filming. Inspired by by Jigna Vora book “Behind The Bars In Byculla: My Days in Prison”, the series traces the journey of Jagruti Pathak, an ambitious crime reporter who is framed for the murder of a fellow journalist and ends up in a jail cell with those she has already realised. Created by Mehta and Mrunmayee Lagoo Waikul (“Thappad”), “Scoop” is produced for Netflix by Sanjay Routray of Matchbox Shots.

Malaysian pay-TV operator astro will permanently close its Astro Crystal subsidiary in neighboring Brunei at the end of March. “Given the rapidly changing technology trends that are driving huge shifts in consumer preferences towards digital media consumption, we have come to a fork that forces us to make this difficult decision,” the company said in a statement. The country has a small population of only 500,000 people. Astro had operated the separate service there for 21 years. – patrick frater

Canal Plus Group Supervisory Board has appointed Anna Marais as a member of the Board of Directors for the next four years, beginning February 8, 2022. With the company since 2008, Marsh has been CEO of Studiocanal since 2019, having served as Director of International Sales and Managing Director of Studiocanal UK.

“His international profile, his knowledge of our markets and his ability to supervise all of his teams, as well as the greatest European and international talents in cinema and series, are essential to the acceleration and growth of Studiocanal, that it has already taken to new heights,” declared the Chairman of the Management Board of Canal Plus Group Maxime Saada. “Anna Marsh is a wonderful and inspiring professional, whose qualities and skills are invaluable assets to our Group.

the Asian Video Industry Association named Matthew Cheetham as GM of Coalition Against Piracy (PAC) with immediate effect. Cheetham, an intellectual property lawyer, succeeds Aaron Herps. “Over the past four years, CAP has made real inroads into the systemic issues of video piracy in Asia. Blocking of pirate sites is increasingly common in many markets, laws have been introduced to limit access to counterfeit set-top boxes, constructive relationships have been forged with intermediaries to limit access to pirate services and investigations and prosecutions have been affected,” the organization said. “And yet, the problem remains the biggest impediment to the growth of the industry and the legitimate content creation ecosystem.” – patrick frater

International literary properties (ILP) has hired an executive producer Emma Beautiful as the new VP of Creative and Brand as it expands its television and film co-production capacity. Bell joins the company from Sony’s Stolen Picture, where she was head of development. Prior to that, she spent a decade at Sky as Head of Digital Entertainment and Head of Development. In his new role, Bell will lead ILP’s creative team in bringing the company’s catalog to the screen. Bell will work from the company’s London offices, reporting to ILP’s CEO for UK and Europe, Hilary strong.

AMC Networks‘ genre streaming platform quiver acquired “The spine of the nightand the film will stream exclusively on the platform starting March 24 in the US, UK, Canada, Ireland, Australia and New Zealand. The ultra-violent epic fantasy animated feature was co-written and co-directed by Philippe Gelatt and Morgan Galen King and features a voice cast with Richard E. Grant (“Can You Ever Forgive Me?”), Lucy Lawless (“Xena: Warrior Princess”), Patton Oswalt (“Young Adult”), Betty Gabriel (“Get Out “) and Joe Manganiello (“True Blood”).