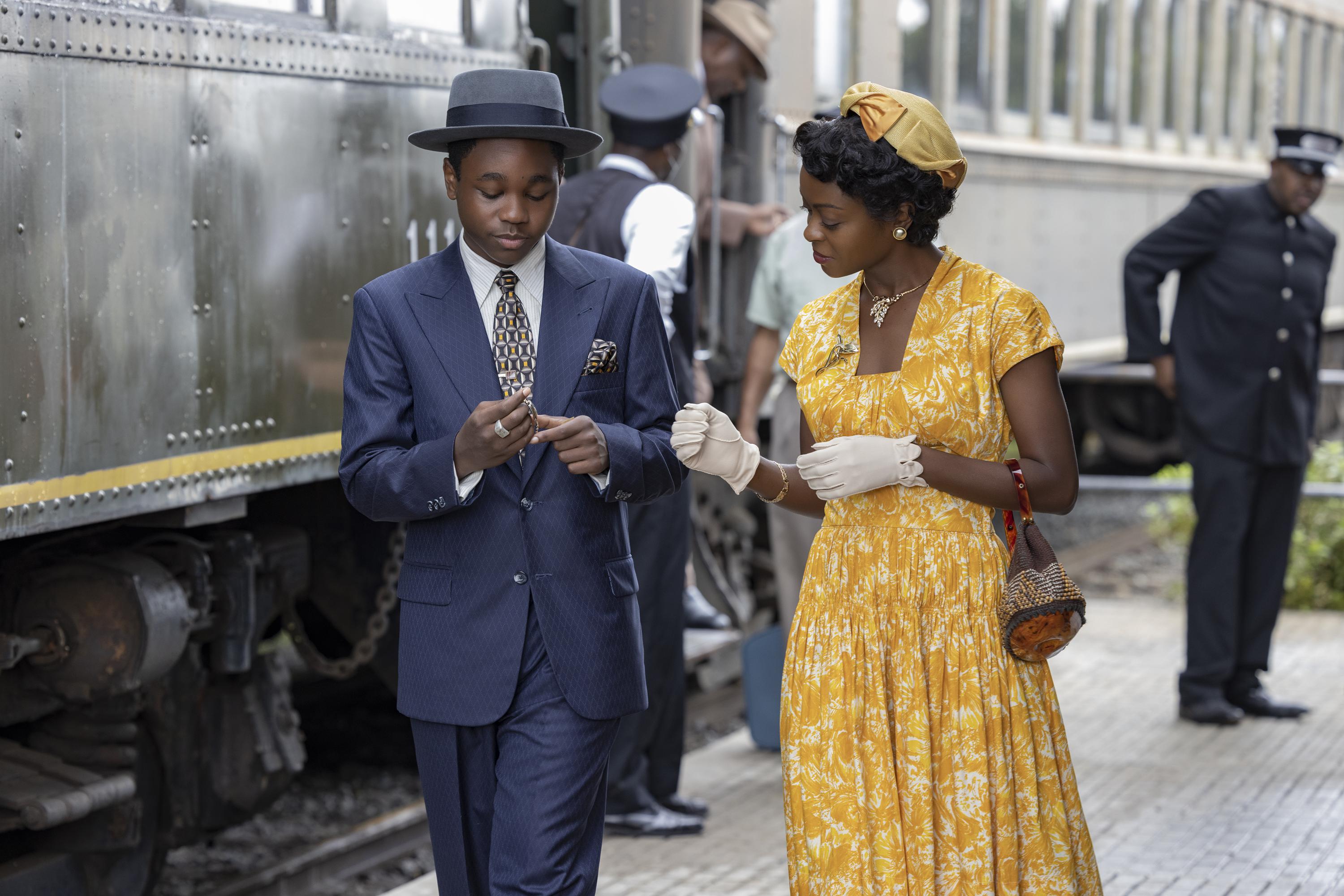 NEW YORK (AP) — The past and future of cinema intertwine as two moviegoers huddled in a debate outside a movie theater at the New York Film Festivalwhich launches its 60th edition on Friday with the premiere of Don DeLillo’s adaptation of Noah Baumbach’s “White Noise”.

Over those six decades, the Lincoln Center festival has been arguably America’s premier nexus of cinema, bringing together a bountiful portrait of a cinematic year with films from around the world, long-awaited fall titles and restored classics. It is a festival that is traditionally more filled with questions than answers.

“One question we ask ourselves is, what is a New York Film Festival lead film? shouldn’t be something that automatically seems to belong in the pantheon.”

Canon – and stretching its definitions – has always been a priority at the New York Film Festival, where films by Satyajit Ray, Akira Kurosawa, Agnes Varda, Pedro Almodovar and Jane Campion have played over the years. The first edition of the festival, in 1963, brought together Luis Buñuel, Yasujirō Ozu, Robert Bresson, Roman Polanski and Jean-Luc Godard. NYFF, which awards no prizes or offers any industry marketplaces, is strictly defined as a showcase of what programmers consider to be the best.

“We honor these 60 years of the festival by continuing to be true to its mission, why it was created, what it was meant to serve and the relationship, above all, it has had with the city of New York. “, said Eugène Hernandez, Executive Director. “It’s a bridge between artists and audiences, and has been for 60 years now.”

Over the past two years, Lim and Hernandez have sought to reconnect the festival with New York, expanding its footprint around the city. But the pandemic has made that difficult. The 2020 festival was held virtually and at drive-ins around the city. Last year’s festival brought audiences back, but with considerable COVID-19 precautions. “It took three years to get to this moment,” says Hernandez, who leaves after this festival to direct the Sundance Film Festival.

The 60th NYFF, which will hold screenings in all five boroughs through October 16, is emphasizing those New York ties this year with a series of galas for local filmmakers. These include the opening night with Baumbach; a centerpiece of Laura Poitras’ Nan Goldin documentary “All the Beauty and the Bloodshed”; closing night with semi-autobiographical “The Inspection” by Elegance Bratton; and a birthday celebration with James Gray’s “Armageddon Time,” based on his childhood in Queens. Another high-profile New York story, “She Said,” a drama about New York Times investigative reporters who helped expose Harvey Weinstein, is also one of the festival’s top world premieres.

In many ways, little has changed in 60 years. (Godard will be back this year, with the late iconoclast “Picture Book” play for free on loop.) Except, maybe, it got bigger, with more sidebars and a busier main slate.

“The festival for much of its life has only had 20, 25 films in its main slate. I think if you try to do that now you won’t really get the full picture of contemporary cinema,” says Lim. “The landscape is so huge.”

Each NYFF brings a mix of master authors and young filmmakers, but the dichotomy between the two is particularly rich this year. Along with seasoned veterans like Claire Denis (“Stars at Noon”) and Park Chan-wook (“Decision to Leave”), the festival will once again welcome longtime regulars Frederick Wiseman (“A Couple”), Martin Scorsese (” Personality Crisis: One Night Only,” a documentary about New York Dolls singer-songwriter David Johansen) and Paul Schrader (“Master Gardner”). Jerzy Skolimowski (“EO”), the 84-year-old Polish filmmaker, and James Ivory (“A Cooler Climate”), 94, will each complete their inclusion at the third New York Film Festival, more than half a century since.

A film like “EO”, which drags a donkey between brutal interactions with humans, is directly involved in the history of cinema, paying homage to “Au Hasard Balthazar” by Robert Bresson. But it also beats its own ragged path, something that Schrader, the “Taxi Driver” writer and recent creator of “First Reformed” and “The Card Counter,” has been doing himself with torturous rigor for decades. These are filmmakers for whom cinema is an endless crusade, full of pain and transcendence.

Other filmmakers are earlier in their travels. Several stars of the festival are making their debut. Bratton’s first narrative feature, “The Inspection,” is deeply personal for the 43-year-old director and photographer. Led by a gripping performance by Jeremy Pope, it dramatizes Bratton’s own experience as a gay man in boot camp. The treatment he receives there is brutal, with echoes of “Full Metal Jacket” by Stanley Kubrick. But in some ways, it’s an improvement over his harsh reality at home.

Scottish filmmaker Charlotte Wells also channels her personal experience in her brilliantly composed and hugely devastating debut feature, “After Sun,” starring Paul Mescal and Frankie Corio as a father-daughter couple vacationing in Turkey. To a remarkable degree, the film listens to every fleeting gesture between the two and the currents that may separate them.

Intimacy may seem less relevant to “Until”, the drama Emmett Till makes its world premiere. Films about such indelible moments in American history often take a wide angle to capture the full societal significance. But Chinonye Chukwu, in her follow-up to her breakthrough 2019 film “Clemency,” keeps her film centered, often deeply, on Till’s mother, Mamie Till-Mobley, played spectacularly by Danielle Deadwyler. “Till”, like many films at the festival, is a reminder of how powerful one person’s testimony can be.