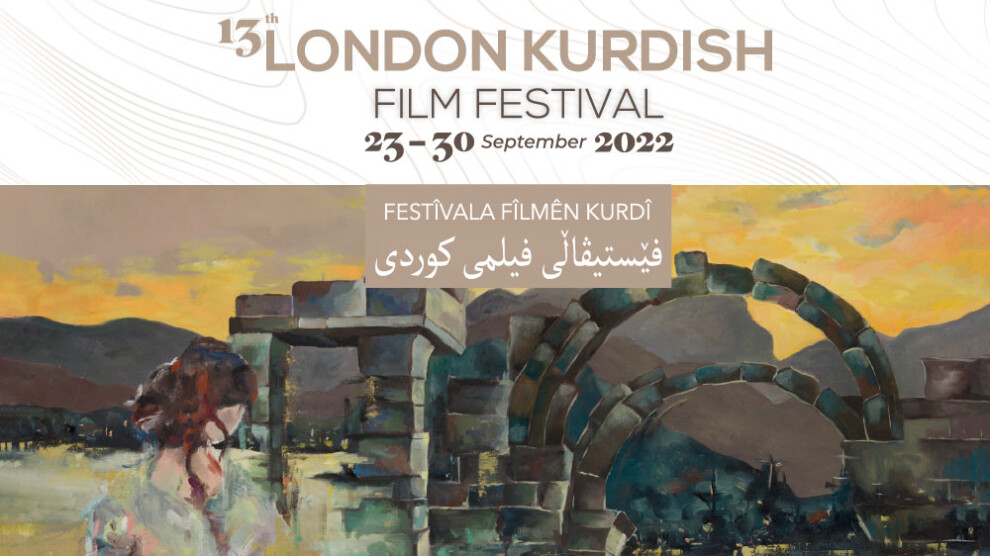 The 13th London Kurdish Film Festival (LKFF) will be back in September. This is a very important edition as LKFF returns to the big screens after two successful online global editions held during the Covid-19 pandemic.

The 13th edition of LKFF will present a shortlisted program of films released between 2021 and 2022. It will feature the latest and greatest new Kurdish film releases that have not had the opportunity to shine during the pandemic.

The festival will be held from September 23 to 30, 2022. The LKFF has launched the trailer for this year’s edition.

The physical presence of LKFF will give ticket holders the opportunity to meet the filmmakers, actresses and actors in person. LKFF will also host a Q&A, gala, parties and awards ceremony, all in the name of celebrating Kurdish culture and cinema.

Festival Director Ferhan Sterk said, “I am very pleased with this year’s selection of films and hope that viewers will also enjoy this year’s films. We have curated such a special edition to remind all viewers to taste Kurdistan as one, with unique special stories that will take us back to where we came from. We will bring culture back to the big screen and connect with other communities in London.

Programming Director Sheriban Suyur said, “It will be fantastic to meet people again and share the experience of watching movies together on the big screen. Panels, workshops and LKFF parties will bring joy and a sense of unity while celebrating Kurdish cinema in the venue. The LKFF reception, the opening and closing galas and the awards ceremony will create a fantastic atmosphere for audiences and filmmakers to come together and enjoy Kurdish cinema”.

Launched in 2001, the London Kurdish Film Festival (LKFF) is the largest film festival of its kind, bringing films from Kurdistan and the rest of the world to London cinema audiences.

LKFF is managed and produced by a team of volunteers.

The Festival provides an essential platform for Kurdish and non-Kurdish filmmakers to present films of any style, subject and genre that highlight the untold stories and experiences of Kurdish people around the world.

The London Kurdish Film Festival was created in 2001 by a team of young Kurdish filmmakers gathered in London. It is the largest film festival of its kind, bringing films from Kurdistan and the rest of the world to London audiences.

LKFF plays an important role in improving access to international films made by Kurdish filmmakers or on Kurdish-related themes made by any director for UK audiences. Not only does it bring together films about Kurds from across the Middle East, including Iran, Iraq, Syria and Turkey, but it also functions as a platform that brings Middle Eastern and Western audiences together to broaden the cultural dialogue between different communities in the UK.

LKFF also provides increased access and engagement with Kurdish films that would otherwise not be seen by UK audiences and in doing so helps to grow film audiences in the UK, raising the profile of Kurdish cinema across the Kingdom. United and internationally.