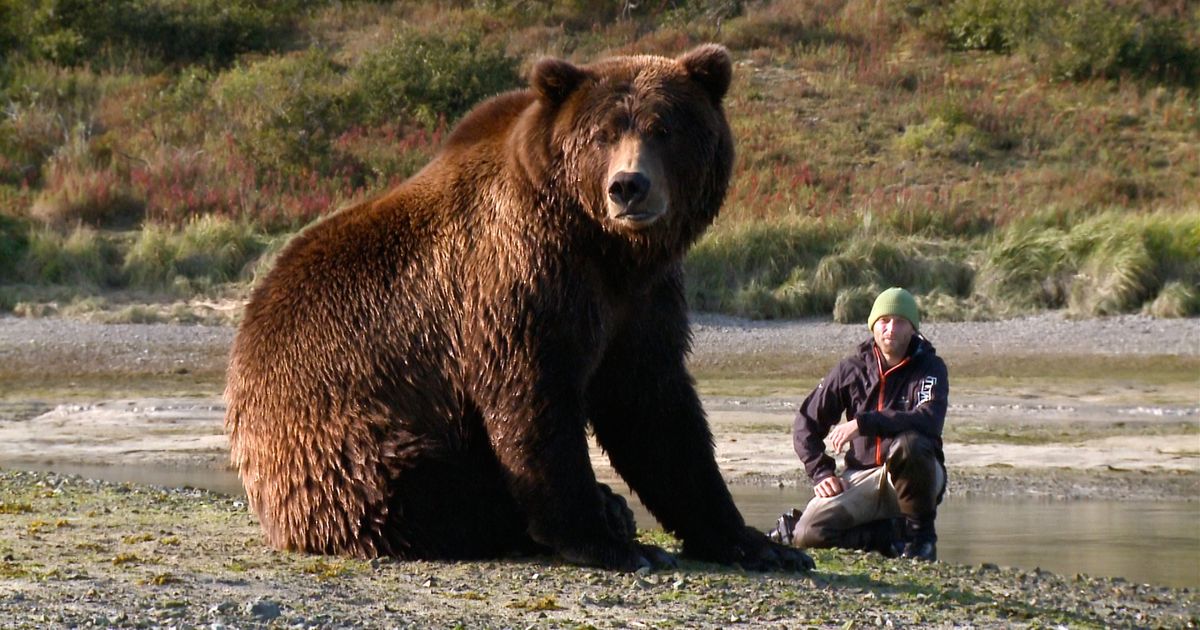 A bonanza of outdoor movies will return to Spokane after a year-long absence.

The Banff Film Festival takes place in Spokane on February 18 and 19 at the Bing Crosby Theater starting at 7 p.m. both nights.

“It gives Spokane’s outdoor community a way to come together during the winter season,” said organizer Paul Fish.

Last year’s in-person show was canceled for the first time in 30 years, and the movies were streamed virtually instead.

This year’s tour had a lot of hiccups, Fish said, with some shows not selling as well as they normally would. There were also bright spots. The Sandpoint Banff show sold out.

There is still an option to watch the movies online, Fish said.

In particular, Fish shed light on the movie “Bear-Like,” about a researcher in Alaska who gets terribly close to bears.

“It’s scarier than ‘the mountaineer,'” Fish said, referring to a 2021 film about Marc-André Leclerc, a Canadian mountaineer known for climbing dangerous alpine routes without a rope.

Fish also highlighted the film “If You Give a Beach a Bottle,” about a filmmaker and artist’s efforts to clean up marine debris from Alaskan beaches.

Fish said Banff’s lineup this year “returned to its roots.” After a number of outdoor adventure movies went mainstream, “Free Solo” and “The Dawn Wall” leading the way, Fish said he noticed an increase in big, expansive movies.

Below is the program of films for each evening:

Synopsis of the movie, from Banff: From sunsets over spectacular landscapes to the illumination of hot air balloons and the warm atmosphere of Turkey, dive into this colorful adventure with riders Kilian Bron, Pierre Henni, Pierre Dupont and JB Liautard.

After two months of confinement, Ben Buratti, the prodigy of French freeskiing, needed to feel again what he was capable of. As a backdrop, he chose his native mountain of La Clusaz. What skier doesn’t dream of being completely alone on his native mountain?

Two adventurers engage in close contact with grizzly bears in Alaska, experiencing first-hand the struggle for survival and dramatic combat scenes. Driven by a desire to explore the unknown, the film tells a personal story of wilderness, framed by breathtaking images of these amazing creatures.

“If You Give a Bottle to a Beach”

Inspired by a picture book, Max Romey travels to a remote beach on the Alaskan coast in search of marine debris. What he discovers is an entirely different story.

Watch international mountain guide Pasang Lhamu Sherpa Akita as she questions, then follows, her intuition on the most important expedition of all: her own life. In “Dream Mountain”, Pasang reflects on her personal ups and downs and rediscovers for herself how much the mountains have meant to her. The film offers insight into her struggle to balance mountaineering with motherhood and the pressures of respecting her traditional culture while pushing the boundaries as an elite female athlete.

Emilie Pellerin has spent most of her adult life traveling the world and living a “shitbag life.” She honed her skills on the rock and in the process became one of the best sight climbers in the world. She is now ready to put the view aside and try to push her level on her most difficult traditional route to date, La Zébrée, a spectacular overhanging crack in Quebec. .

In 1935, a young Englishman named Laurie Lee arrived in Spain. He had never been abroad, had barely left the peaceful village in which he had grown up. His idea was to wander around the country, to earn money for food by playing the violin in bars and squares.

Almost a century later, the book Lee wrote – “As I Walked Out One Midsummer Morning” – inspired Alastair Humphreys. It made him fall in love with Spain – the scenery and the spirit – and Lee’s style of travel. He traveled slowly, lived simply, slept on hilltops, relished the spontaneity, and enjoyed conversations with people he met along the hot, dusty road. For 15 years, Humphreys dreamed of following in Lee’s footsteps, but could never get past the hurdle of being clearly unmusical. This year, he decided to go anyway. The trip was his most terrifying yet, risking failure and humiliation every day.

“Never on the Way”

Chicago-based bike courier Nico Deportago-Cabrera sees city maps as a central nervous system. Everything is connected. Roads, buses, people and cars, all carrying snippets of information around a giant organism and making it live and breathe. “The goal,” he says, “is never to be in the way.”

Lysanne Richard is one of the best international competitive divers in the world. But the 39-year-old Canadian mother of three is ready to focus on personal projects. First on the list is a 22 meter high dive in the dead of winter over a frozen lake, a feat that has never been achieved. But will it be enough? Or will she try to make the challenge even harder? Watch as she continually tries to push the boundaries and explores her reasons.

A professional skier leaves his familiar world and spends almost a year in Iran. When military activity intensifies in January and COVID-19 hits in February 2020, his journey takes a very different route. Learning Farsi and playing the tanbur, he set out to explore southern Iran with his new and old friends.

What if you could tie every powder turn, every rail, every cliff drop, every comp run and every kicker into one ultimate run? Well, Eder did just that in “The Ultimate Run.”

There has been pressure for nearly four decades to build a road through the Izembek National Wildlife Refuge in Alaska. Gerrit Vyn of the Cornell Lab of Ornithology is exploring the area to document its wildlife and wilderness, before it’s too late.

Lonnie Kauk’s personal journey to honor his indigenous Yosemite roots and connect with his legendary father by repeating his iconic climbs.