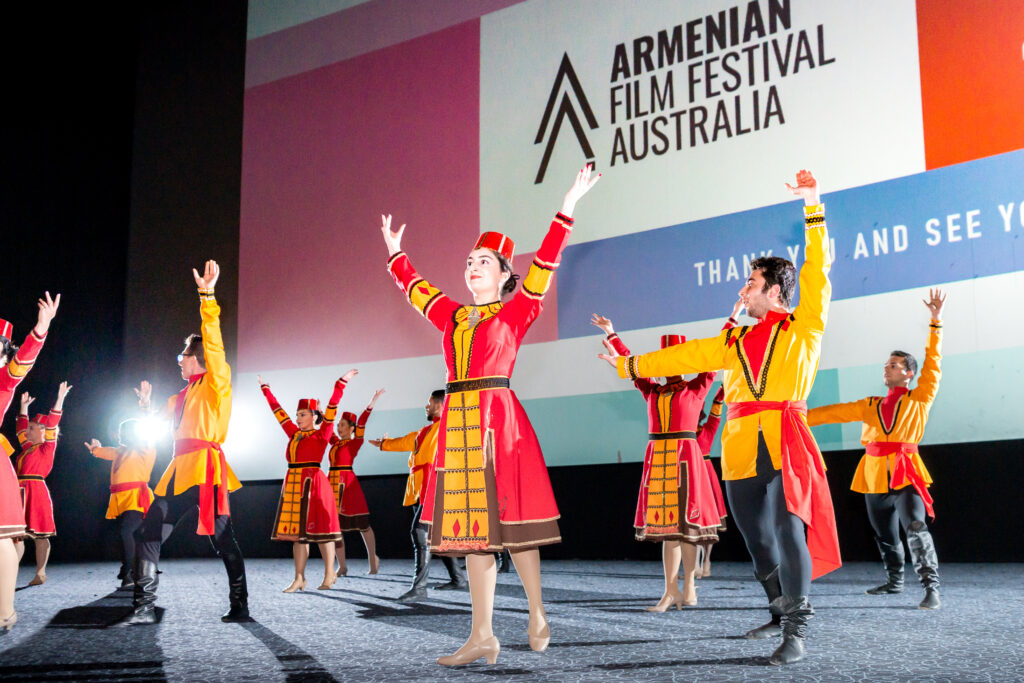 The Armenian Film Festival Australia returns for its 6th edition in Sydney, with an impressive slate of films, including 45 DAYS: THE STRUGGLE FOR A NATION – a film by British conflict journalist and documentary filmmaker, Emile Ghessen, who in 2020 was on the ground covering in largely unreported 44-day war against the indigenous Armenian Republic of Artsakh (Nagorno-Karabakh) by Azerbaijan, backed by NATO member Turkey.

Now in Ukraine, Emile will travel to Australia for the film festival to provide rare insight into the war zones themselves.

The festival will include eight feature films focusing on documentary, drama, animation and family, with the presence of four international filmmakers. Kicking off with a traditional gala event in both cities, the festival will feature Armenian cuisine, live music, singing and dancing to make this year’s event a truly immersive cultural experience.

45 days: the fight for a nation

Special guest: Journalist and documentary filmmaker, Emile Ghessen, who will participate in a Q&A at the end of all sessions.

Summary: On September 27, 2020, Azerbaijani forces supported by NATO member Turkey launched large-scale attacks on the Armenian region of Nagorno-Karabakh, also known as Artsakh. Former British Royal Marines Commando turned documentary filmmaker Emile Ghessen traveled to the area to report firsthand what was happening. The war lasted 44 days and on the 45th day a trilateral peace agreement was signed, ending hostilities between Armenia and Azerbaijan. With thousands of people killed and displaced from their homes, Armenia lost the majority of its Nagorno-Karabakh territory. The never-before-seen raw images of 45 days: the fight for a nation tells the story of the war and the post-war period from an Armenian perspective in a humanistic feature-length documentary.

Special guest: Features a live musical performance in tribute to the musical genius of Komitas, performed by Masha Mnjoyan – winner of The Voice Armenia and finalist of The Voice Australia in 2021.

Summary: From the two-time Academy Award-winning producer of green book, Nick Vallelonga, Songs of Solomon was Armenia’s official selection in the Best International Feature Film category at the 93rd Academy Awards in 2021. Inspired by real events, Songs of Solomon follows a brave Turkish woman who, in a time of grave prejudice in the days of the Ottoman Empire, risks her life and that of her family to save her best friend from persecution for her race and religious beliefs.

Special guest: Director, Jivan Avetisyan from Armenia who will participate in a Q&A session at the end of all sessions.

Summary: Gate to Heaven tells the story of a German military journalist who returns to Artsakh years after an unforgivable act has been committed. Focusing on themes of war, the film has toured several festivals and is currently showing in the United States.

If the wind fell

Summary: Selected and screened at the Cannes Film Festival and in the official selection of Armenia for the best international feature film at 94e Oscars, 2022.

Alain, played by the captivating Grégoire Colin, lands in Stepanakert, capital of Nagorno-Karabakh (Artsakh), to take stock of the airport and open up this self-proclaimed republic to the world. But Alain doesn’t know anything about this strange territory or its inhabitants, and things don’t go as planned.

Summary: Set in the cold autumn of 1942 in the midst of World War II, in the face of Soviet censorship and the advancing German army, this historical drama follows the life of brilliant composer Aram Khachaturian. The film transports the viewer to the Kirov Ballet Theater in Soviet Russia, where Khachaturian is preparing for the premiere of his ballet Gayane. Remarkably, the pressures of war were unable to stop his genius as he created, in eight hours, one of the most famous compositions in history – the famous Saber Dance.

For the full festival program and to purchase tickets, visit www.armenianfilmfestival.com.au

All films are subtitled in English.