The 9 highly anticipated films at the Montclair Film Festival 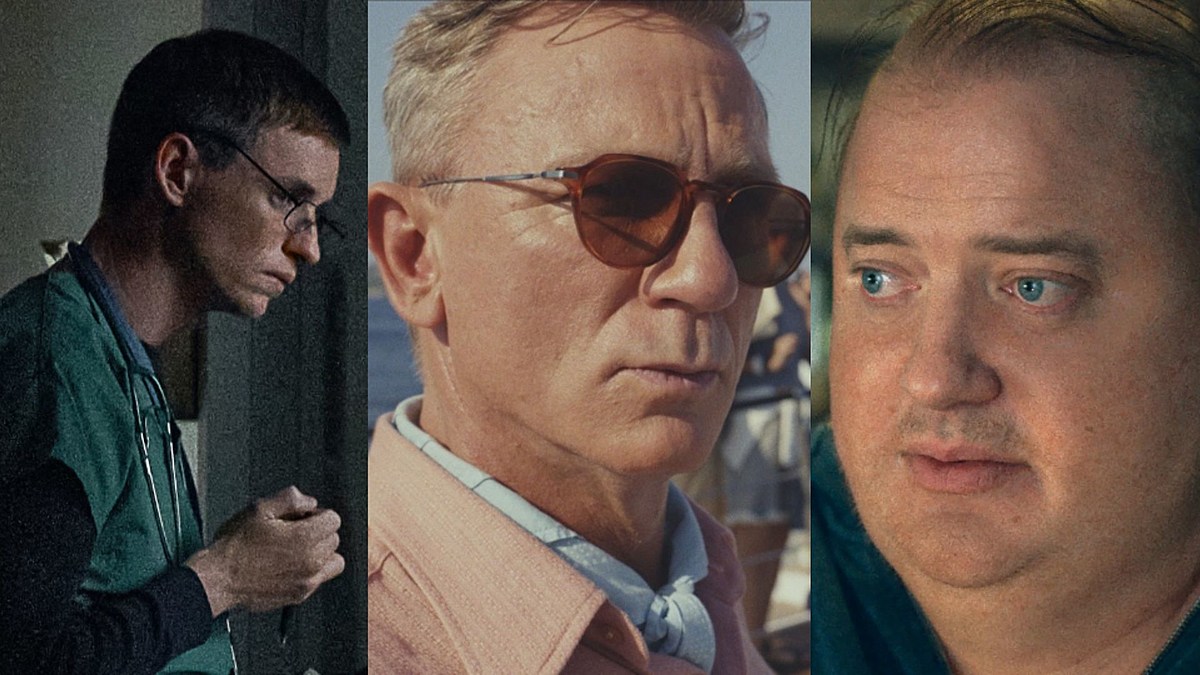 I had the chance to speak with Tom Hall, the co-chief/artistic director of the festival, about what makes the Montclair Film Festival so unique,

“Our festivals have really been focused on building community in Montclair, Essex County, all over New Jersey, the tri-state area, bringing people together in theaters, having conversations around the movies we let’s show and using that as a way to do community engagement.

So even though we show films from a wide range of distributors and on a wide range of topics, we really try to find films that speak to everyone, not just, you know, a certain type of film, from let’s say fiction, or documentary.

We try to have a balanced program that allows us to find a way to bring together as many different groups of people as possible around films, and use that as a platform to have a conversation together, about what the films are about. us in the community, the art of the film itself, why it matters, et cetera, et cetera.

So that’s really our goal. We work really hard to bring really good movies, great filmmakers, and then bring the audience with them to have an experience together.”

The Montclair Film Festival offers a well-curated selection of films that each touch on different culturally relevant topics and many films have ties to New Jersey. The festival begins on Friday October 21 and ends on Sunday October 30.

The festival will feature over 130 films, events, parties and conversations this year.

Here are the most talked about films of the festival:

The long-awaited movie The good nursedirected by Tobias Lindholm, premieres on Saturday and this is your best chance to catch it before it hits Netflix.

The film is inspired by the infamous New Jersey serial killer, Nurse Charles Cullen also known as the “Angel of Death” and Nurse Amy Loughren who helped end the killing spree of his colleague. Cullen was responsible for the deaths of at least 29 people in hospitals and nursing homes in New Jersey and Pennsylvania.

Eddie Redmayne will receive the festival’s 2022 Performance of the Year award for his chilling performance as nurse Charles Cullen. Following the screening of the film, Eddie Redmayne and director Tobias Lindholm will participate in a Q&A moderated by Stephen Colbert.

The film screens Saturday, October 22 at 7:30 p.m. at the Wellmont Theatre. Click here for tickets.

Jersey City director and screenwriter Elegance Bratton to receive Breakthrough Award for his film inspection which is inspired by Bratton’s real-life experiences. The film tells the story of Ellis French, a young gay black man who joins the Marines in the 1990s, after “Don’t ask, don’t tell”.

In a interview with Variety Bratton said, “This is a story for anyone who has ever felt ignored, oppressed and underappreciated, to remind them of the power they have within.”

The film features Jeremy Pope as Ellis French and Gabrielle Union as his mother. The Inspection was also selected as the closing film of the New York Film Festival. Following the screening of the film, there will be a Q&A session with director and screenwriter, Elegance Bratton.

The film screens Saturday, October 22 at 3:30 p.m. at the Wellmont Theatre. Click here for tickets.

After the video of Brendan Fraser receiving a 6-minute standing ovation at the Venice International Film Festival went viral, The whale became one of the most commented films of the year.

The film is a moving story of Charlie, a reclusive English teacher struggling with severe obesity and chronic binge eating. Charlie is depressed, to the point of being suicidal, and the only thing stopping him is his 17-year-old daughter, Ellie. The Whale takes us on Charlie’s personal and emotional journey with obesity and trying to reconnect with his estranged daughter.

The film screens Sunday, October 23 at 7:30 p.m. at the Wellmont Theatre. This cinema session is sold out.

The weekend’s closing film was a hot topic, She says directed by Maria Schrader. The film recently had its premiere screening at the New York Film Festival and will soon premiere on the Peacock streaming service.

She Said tells the story of Harvey Weinstein’s sexual harassment scandal and how the story broke in the New York Times. The film is about the process and power of good journalism and how we rely on journalists to bring injustice to light.

This film is screened on Sunday, October 30 at 7:45 p.m. at MKA Upper School. This cinema session is sold out.

Glass onion: a mystery at loggerheads

The festival kicks off opening night with a sold-out screening of Glass Onion: A Knives Out Mystery by Rian Johnson starring Daniel Craig. In a thrilling sequel to Knives Out, the film follows Detective Benoit Blanc (Daniel Craig) as he travels to Greece to uncover the layers of a mystery involving a new cast of colorful suspects.

This film screens Friday, October 21 at 7:30 p.m. at the Wellmont Theatre. This cinema session is sold out.

I asked Tom Hall, the co-director/artistic director of the festival, what other films people should definitely try to see and here are some of his suggestions.

All the beauty and bloodshed

All the beauty and bloodshed is directed by Academy Award®-winning filmmaker Laura Poitras. It is the first documentary to win the Golden Lion at the Venice International Film Festival.

ALL BEAUTY AND BLOOD is an epic, emotional and interconnected story about internationally acclaimed artist and activist Nan Goldin that explores the trajectory of her life and work. From the legendary downtown New York art scene to his visionary documentation of the AIDS crisis, to his struggles with opioid addiction and his personal campaign to hold the Sackler family, owners of oxycontin maker Purdue Pharma , responsible for the devastation the crisis has inflicted on countless lives around the world, Goldin’s steadfast refusal to defer to the powerful continues to amaze.

In AFTER SUNCharlotte Wells’ beautiful portrait of a father and daughter, Sophie (Celia Rowlson-Hall) looks back on the shared joy and private melancholy of the vacation she took with her father Calum (Paul Mescal) twenty years earlier .

On the beautiful beaches of Turkey, young Sophie (Frankie Corio) navigates the distance between the joys of childhood and the pressures of adulthood as she and her father seek to connect and build their relationship. But time changes everything, and real and imagined memories shape the past as Sophie tries to reconcile the father she knew with the man she never knew.

WOMEN TALK is Sarah Polley’s highly anticipated return to the director’s chair, a powerful adaptation of the acclaimed 2018 novel by Canadian author Miriam Toews. Set in a fictional ultra-religious colony, the film tells the story of a secret encounter between the women of the colony who realize that many of them have a shared secret, which will challenge their faith and the very fabric of their life. their once beloved community.

A searing critique of patriarchal power, WOMEN TALKING refuses to look away from the trauma and anger at the heart of its unforgettable story.

The film is screened on Sunday, October 30 at 4:00 p.m. at MKA Upper School. Click here for tickets.

In a virtuoso solo performance in Remember thisOscar® nominee David Strathairn (GOOD NIGHT AND GOOD LUCK, NOMADLAND) plays Jan Karski, who, after surviving the devastation of the Blitzkrieg, swore allegiance to the Polish Underground and risked his life to bear the first eyewitness reports of war torn. Poland to the Western World.

After escaping from a Gestapo prison and witnessing the desperation of the Warsaw ghetto and the inhumanity of a death camp, Karski endured indescribable mental anguish and physical torture just to stand. into the halls of power and speak the truth, shaking the conscience of the world. .

The film is screened on Sunday, October 30 at 4:00 p.m. at Clairidge Cinema 1. Click here for tickets.

The above post reflects the thoughts and observations of New Jersey 101.5’s Jordan Jansson. All opinions expressed are his own.

These are the most popular TV shows ever to air on Netflix (in English), based on hours watched during their first 28 days on air.

Take a look inside Scarlett Johansson’s longtime New York penthouse, which she sold for $1.8 million.