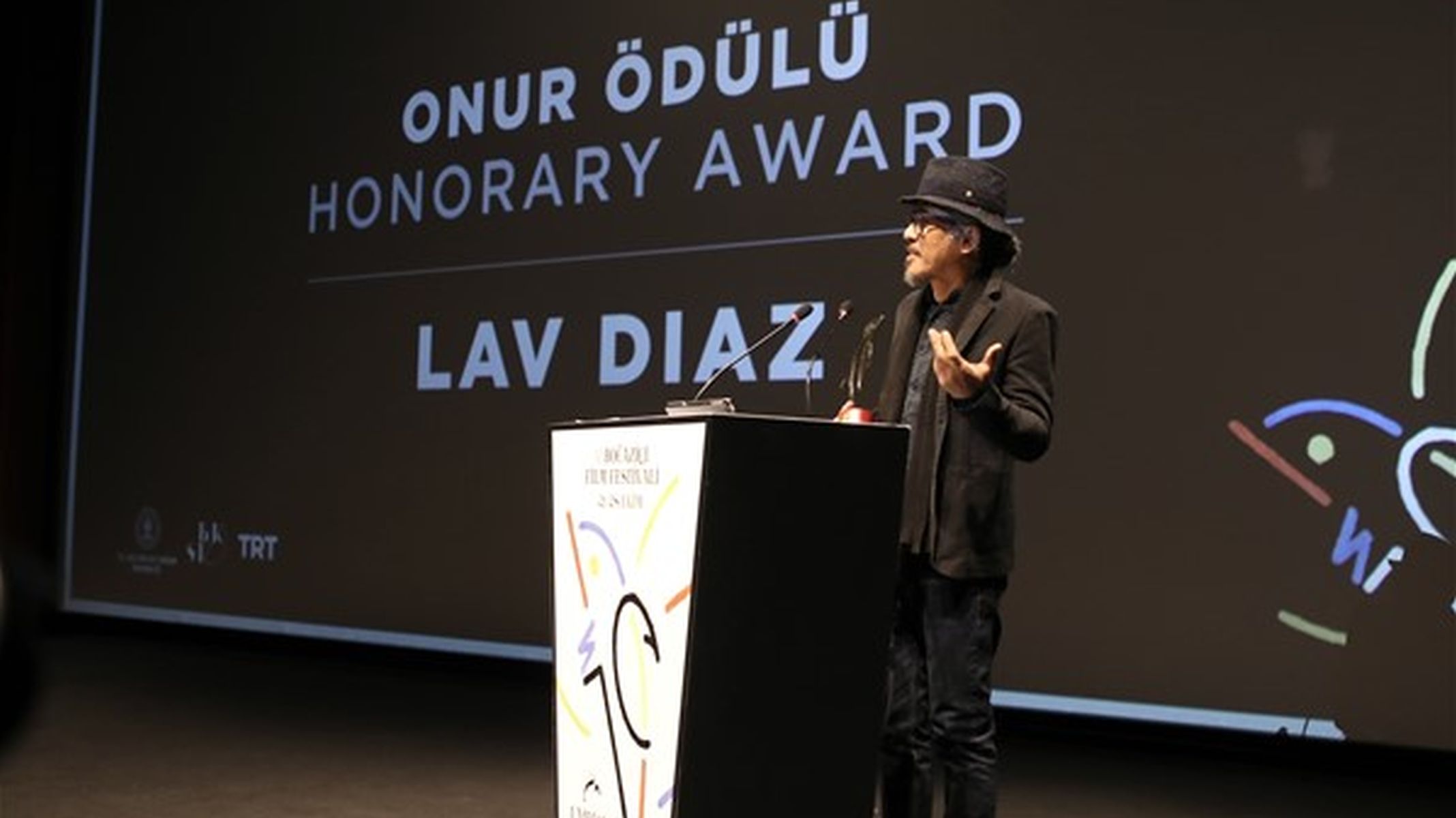 The 21st Bosphorus Film Festival, which will meet its audience from October 28 to 10 this year, began with the opening ceremony held at the Atlas 1948 cinema and the screening of the film “Victim” by Michal Blaško.

The opening ceremony of the 10th Bosphorus Film Festival, organized by the Bosphorus Culture and Arts Foundation, was held on Friday, October 21 at the Atlas 1948 cinema. The “Honorary Award” was presented to master director Lav Diaz during the ceremony opening.

On the night, where the festival program was also presented, the first speech was given by Ogün Şanlıer, president of the Bosphorus Film Festival and the Boğaziçi Culture and Arts Foundation. Şanlıer, in his speech, said, “We are happy to have succeeded in being one of the most important national and international events held in our country in a short time for festivals”. said. He also pointed out that the festival has now reached double figures and said they are proud to have reached the point they aimed for 10 years ago. Thanking all the institutions and sponsors who supported the festival, Şanlıer also thanked the festival team and invited them to the stage.

In his speech, Deputy Minister of Culture and Tourism Ahmet Misbah Demircan emphasized that cinema has an important fundraising role and said, “There is a lot of work to be told and done. This team also makes a lot of effort for art, to make people discover the cinema and the cultures of the world. It is good that you are involved in this effort. he said.

After the speeches, Filipino director Lav Diaz received the “Award of Honor”. The award was presented to Diaz by Ogün Şanlıer, president of the Bosphorus Film Festival and the Bogazici Culture and Arts Foundation. Şanlıer said that Lav Diaz, one of the most important voices in contemporary cinema, has written his name in world cinema in golden letters with his epic portrayals and they are honored to welcome him to the Film Festival from the Bosphorus.

Lav Diaz, in his speech highlighting the transformative power of cinema, also drew attention to wars in the world and said, “Cinema will succeed despite war”. said.

As Nihan Belgin’s “Oriental Black Box Adventure” and Mehmet Güreli’s “Once Upon a Time Yeşilçam: Abdurrahman Keskiner” reunited with moviegoers at AKM Yeşilçam Cinema at 1:00 p.m.; A special screening of Biket İlhan’s film “Memories of a Physician” will take place at 9:00 p.m.

cinephiles, Kadıköy At the Cinema, they can see “Working Class Heroes” by Miloš Pušić at 1 p.m., “To The North” by Mihai Mincan at 6.30 p.m. and “Rodeo” by Lola Quivoron at 9 p.m. There will be a special screening of Ildikó Enyedi’s film “My Wife’s Story” in the same room at 4:00 p.m.