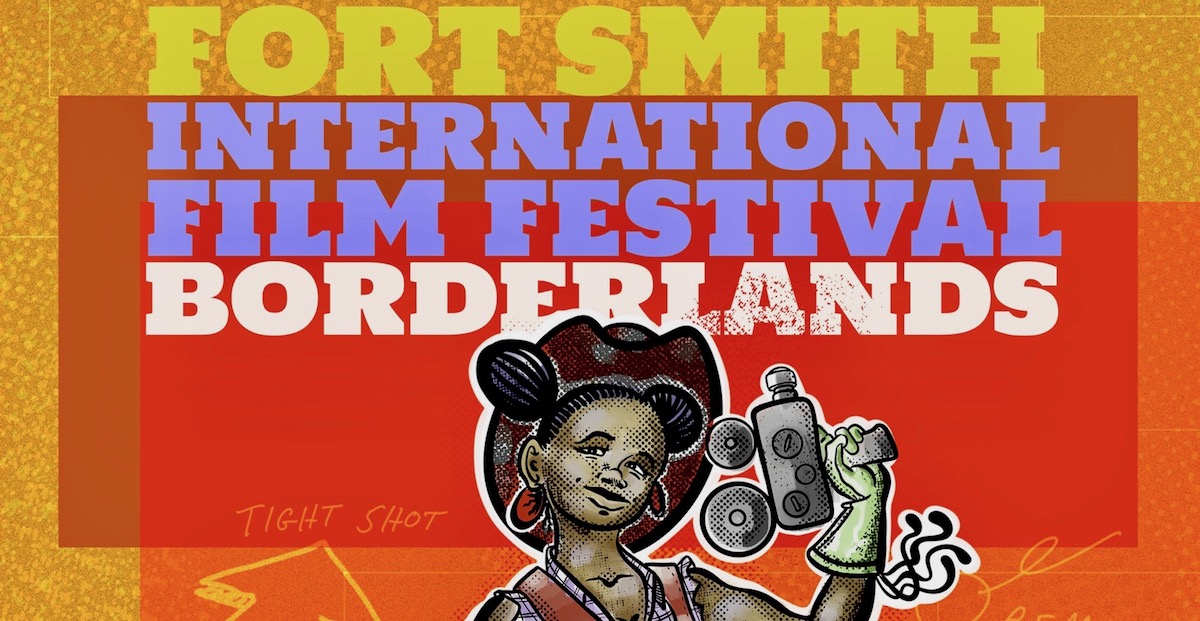 With submissions open for less than two months, the Fort Smith International Film Festival is proving it’s an international film festival. As of March 24, 183 entries had been submitted for the festival, including 102 from 33 different countries and 81 from the United States.

Roman Sinitsyn, the Russian director who won Jen’s Kitty Rehab best wildlife film last year with “COP,” has been in contact with Goldsmith on several occasions since Russia invaded Ukraine. He provides updates on the anti-war movement in his country and the many people leaving Russia for Georgia, Armenia, Kazakhstan and Turkey, Goldsmith said.

“We invited our winners from last year to submit again this year. He was able to submit his film before anything started there,” Goldsmith said.

He said the Ukrainian film includes many cityscapes that were destroyed during the Russian invasion.

“The film was finished in February, just before the invasion of Russia. It makes it somewhat historic in what it shows how things look,” Goldsmith said.

” BORDER COUNTRIES “
The festival began accepting film submissions Feb. 4 and will continue accepting them through June, Goldsmith said. This year’s theme is “Borderlands”.

“Fort Smith is a quirky Wild West frontier town. Physical and societal borders are where innovations and new concepts are born. Creativity flourishes in these spaces. The film acts as a threshold between actuality and fantasy capturing the moment a boundary is established, defended or crossed. The stories of our lives exist in these borderlands and the films bring those experiences to the screen,” Goldsmith said.

The festival will take place August 26 and 27 at TempleLive in Fort Smith. The 2021 festival took place at four venues. Goldsmith said organizers hope that with everything contained in one building this year, there will be a better chance for more people to see more films. Last year, 396 films were submitted for the inaugural Fort Smith Film Festival. The festival screened 132 (43 hours) of films from 32 countries.

“Hopefully we can screen more this year,” Goldsmith said. “I’ve learned the hard way that it’s more about picking movies for the available slots, rather than trying to pick the movies we want to show. Of course, we know there are which we definitely want to include, but we know it’s easier to plan if we include multiple shorts.In a two-hour block, you might show a few 30-minute films, and then a lot of five- to seven-minute films.

Goldsmith also uses screens to help determine which films will be selected this year, rather than trying to watch all submitted films. A selection training was held on March 19.

“The idea is that each movie has three sets of eyes on it. That way we have a diversity of opinions,” Goldsmith said.

STUDENT WORK, NWA COLLABORATION
Films chosen by the festival’s selection committee will compete for cash prizes, trophies and scholarships. The organizers hope to receive submissions from high school students again. The University of Arkansas at Fort Smith is once again offering scholarships to the top three films in the high school category. The grants will be $2,000 for the first film, $1,000 for the second and $500 for the third, Goldsmith said. The organizers also hope that there will again be many music videos submitted by local artists.

“It’s a great way to introduce local flavor to the festival,” Goldsmith said. “These really showcased the people of Fort Smith in the Fort Smith areas with Fort Smith musicians.”

The Arkansas Cinema Society and the Fort Smith International Film Festival will host a screening of “The Collective: A 10-part Fashion Film” at 7 p.m. Thursday, March 24 at TempleLive. The film about a fashion event in northwest Arkansas will be followed by a Q&A with filmmaker Jessica Whalen, designer Elizabeth Koerner and representatives from INTERFORM and the Fort Smith Fashion Project. Admission is $5.

The screening is part of the Borderlands film series, which features selections from films screened at the 2021 Fort Smith International Film Festival and aims to bring Northwest Arkansas and the Fort Smith area together through the arts, Goldsmith said.

“We are too small not to all work together. When we unite our two fields, we can offer so much and be truly competitive in the world of cinema,” he said.