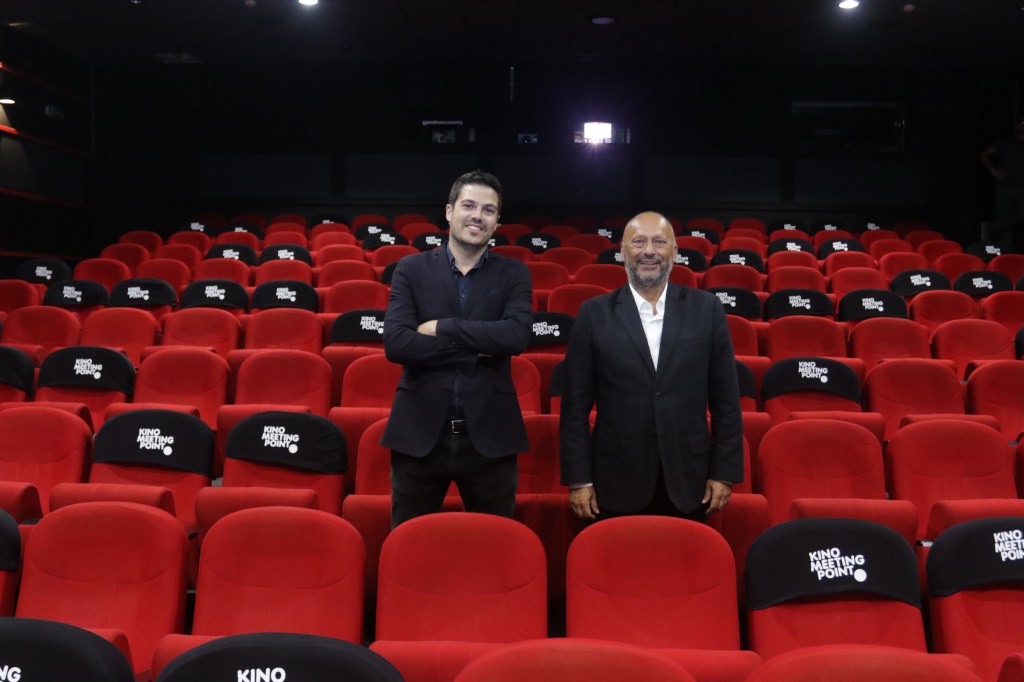 Mirsad Purivatra, the founder of the Sarajevo Film Festival, leaves the post of director of the SFF after 27 years. Purivatra will assume the role of President of the Obala Art Centar Association, the umbrella organization of the Sarajevo Film Festival. Purivatra’s successor will be Jovan Marjanović, previously in charge of the SFF’s Industry department and co-director of the Festival. Said Purivatra: “I am proud of all that we have achieved over the past 27 years. We grew from nothing, when our city was under siege, and today we are a world-renowned institution frequented by filmmakers and film industry professionals from the region and around the world. We have faced many challenges on this journey. Our recognizably strong teamwork has turned challenges into successful projects by always setting and achieving high standards. We have always been dedicated to our mission of discovering, supporting and promoting authors and local and regional film industries. I am happy that the Sarajevo Film Festival has become the most important platform for the development of the BiH film industry and co-production in the region and is thus one of the many success stories of BiH cinema and regional film. He added: “I can freely say that Jovan Marjanović is a child of the Festival. He joined us at the age of nineteen, after graduating from high school. He grew up with the Sarajevo Film Festival, showed a real talent for the creative industry, graduated from prestigious schools, developed a great network in the film industry and I believe he will be a great capable leader to steer the team and the Festival in the right direction. direction.” The screen was the first with the news.

Amazon Prime Video is planning several Indian-language adaptations of its American romantic comedy anthology series Modern love. The show will be redone in Hindi as Modern Love: Mumbai, in Tamil as Modern Love: Chennai and in Telugu like Modern Love: Hyderabad. Based on the eponymous New York Times column, the show will feature various romance stories and will launch later this year. The series ran for two seasons in the United States “India is the land of love – and with our Indian adaptations, we aim to bring love stories rooted in Indian soil to audiences across India and the world,” said Aparna Purohit, Head of India Originals, Amazon Prime Video. “The series, which will be made in multiple languages, will explore the myriad nuances of love. Although these heartwarming stories are adapted from the famous New York Times column, they are essentially Indian at heart, the metropolitan cities of Mumbai , Chennai and Hyderabad serving as the perfect canvas.We are truly thrilled to bring these amazing stories to our clients across India and the world.

ITV Studios launches European drama-focused channels and Hell’s Kitchen after reaching an agreement with Samsung TV Plus. Both channels, which are free-to-air ad-supported (FAST) streaming TV channels with associated AVOD, will launch in the UK before rolling out to European markets on the Samsung platform. The first, Storylands, will bring together ITV Studios’ drama catalog in Europe with shows such as Aberbergen and A French Village, while the dedicated Hell’s Kitchen channel will air round-the-clock episodes of the US version of Gordon Ramsay’s hit format. Ruth Berry, head of global distribution at ITV Studios, said the FAST/AVoD space is a “key strategic focus” for the global producer-distributor.

WarnerMedia and RTL Deutschland will collaborate for the first time on a mini-series Two sides of the abyss from Bruder designer Kristin Derfler. The show will air on RTL’s streamer in Germany while WarnerMedia SVoD HBO Max covers 61 territories across the US, Latin America and Europe and WarnerTV Serie broadcasts on pay TV in Germany, Austria and in Switzerland. In Two sides of the abyss, Wuppertal police officer Luise Berg (Anne Ratte-Polle) is heading for inevitable disaster after the early release of her daughter’s killer. A psychologically complex game of confusion begins, in which the boundaries of guilt and innocence, perpetrators and victims, law and justice are constantly blurred.

WarnerMedia International has appointed Nermin Eroğlu as executive producer, working on the development and production of Max Originals commissioned and produced in Turkey. HBO Max is set to launch in Turkey in 2022. She will report to Mia Edde, Executive Director of Turkish Content, WarnerMedia International, who is responsible for all Max Originals ordered and produced in Turkey for HBO Max. Antony Root, Executive Vice President and Head of Original Production, WarnerMedia leads the pan EMEA original programming team that commissions and produces Max Originals. Before joining HBO Max, Eroğlu was a producer at the production company Ay Yapim, and between 2017 and 2019 she served as Deputy General Manager, Drama at Kanal D, where she produced drama series. Vatanim Sensin (wounded love). Before that, Eroğlu worked for TIMS Productions, BKM Film, and was the executive producer of Muhtesem Yüzyil (Magnificent century), Asia and Firtina.

Film London today announced that David puttnam will step down as Chairman of Film London’s Executive Working Group this month. He will be replaced by Andy Harries, CEO of Left Bank Pictures. Film London Executive Task Force is a collection of key industry and public sector players such as Netflix, Channel 4, Metropolitan Police and The Production Guild working to ensure that London remains one of the world’s most favorable to production in the world. As inaugural president, puttnam has led the task force since 2004. During his tenure, he oversaw the introduction of the first road closure legislation for filming in the UK, as well as the launch of the London Filming Partnership in 2005. Harries has established Left Bank Pictures in 2007 and as its CEO produced a string of hit shows including The crown.