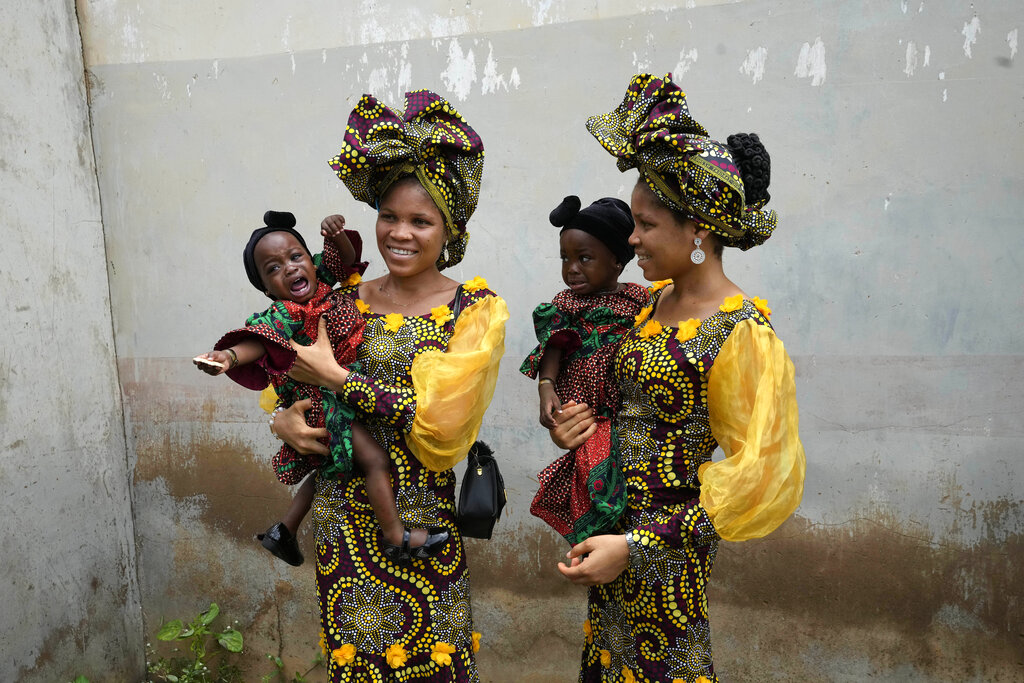 IGBO-ORA, Nigeria – Twins appear to be exceptionally abundant in the town of Igbo-Ora in southwestern Nigeria.

For the past 12 years, the community has held an annual festival to celebrate the twins. This year’s event, held earlier this month, featured more than 1,000 sets of twins and drew participants from as far away as France, organizers said.

There is no proven scientific explanation for the high rate of twins in Igbo-Ora, a town of at least 200,000 people located 135 kilometers (83 miles) south of Nigeria’s largest city, Lagos. But many in Igbo-Ora believe this can be attributed to the women’s diet. Alake Olawunmi, a mother of twins, attributes it to a local specialty called amala, made from yam flour.

John Ofem, a gynecologist based in the capital, Abuja, says it could very well “be that there are things they eat there that have high levels of certain hormones that are now causing what we call multiple ovulation”.

While this may explain the higher than normal rate of fraternal twins in Igbo-Ora, the town also has a significant number of identical twins. Rather, these result from a single fertilized egg splitting into two – not from hyperovulation.

Taiwo Ojeniyi, a Nigerian student, said he attended the festival with his twin brother “to celebrate the uniqueness” of multiple births.

“We cherish twins when in some parts of the world they condemn twins,” he said. “It’s a blessing from God.”