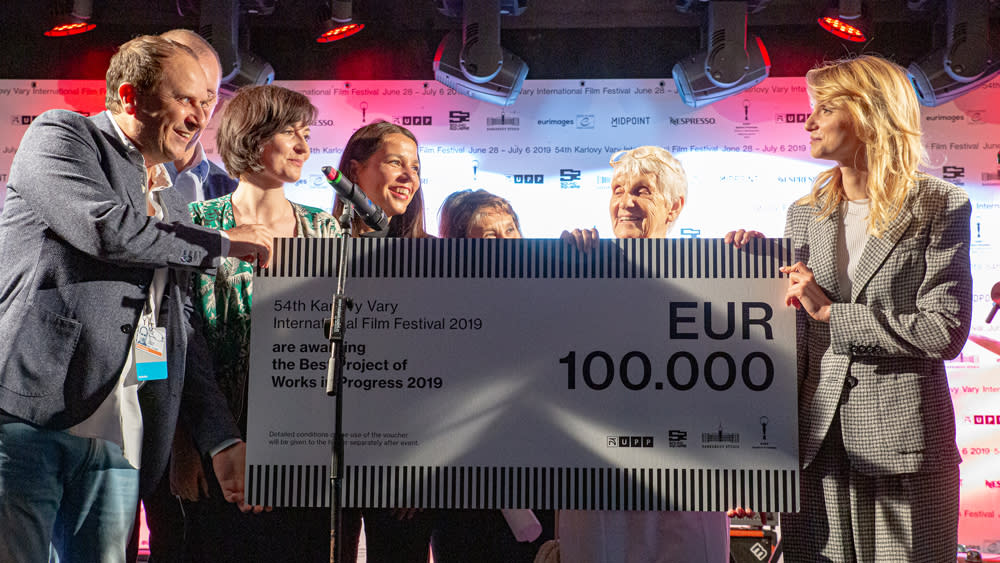 For Work in progress, 10 feature films and documentaries at the end of production or post-production from the countries of Central and Eastern Europe, the Balkans, the former Soviet Union, the Middle East and North Africa have been selected . The prize will be awarded by jury members Dennis Ruh (European Film Market), Óscar Alonzo (Latido Films), Esra Demirkiran (TRT), Michaela Patríková (SoundSquare) and Ewa Puszczyńska (Opus Film).

The following projects will compete for prizes with a total value of 100,000 euros:

You will find details of the projects here. The presentations will take place on July 4 at 2:00 p.m. CET.

Works in Development – Feature Launch is a platform organized in collaboration between KVIFF, the international screenplay development program of the MIDPOINT Institute, the co-production market When East Meets West and the Trieste Film Festival. The jury is made up of Paul Ridd (Picturehouse Entertainment), Julia Sinkevych (JS Films, Odessa International Film Festival) and Danijel Hočevar (Vertigo).

The following nine projects, which were developed under the Feature Launch program and are currently seeking co-production partners, will compete for the €10,000 development prize:

You will find details of the projects here. The presentations will take place on July 4 at 11:00 CET.

First cut+ is a program created to boost the competitiveness and marketing of feature films that have already participated in the First Cut Lab. The program was launched in 2020 thanks to the cooperation between two well-established film industry platforms: When East Meets West from Trieste and Eastern Promises Industry Days from Karlovy Vary. Each year, it promotes a portfolio of 16 fiction feature films in post-production – and the next eight will be shown in Karlovy Vary. The most promising projects are selected by international jury members Esra Demirkiran (TRT), Boris Pugnet (First Cut+, Tiramisu) and Ji Lacerna (The Full Circle Lab Philippines), and awarded with service packages and cash prizes which allow them to finish the film.

More details about the projects can be found here. The presentations will take place on July 5 at 2:00 p.m. CET.

In support of Ukrainian filmmakers and festival organizers, this year’s KVIFF will host the Works in Progress program of the 13th Odessa International Film Festival, who cannot stick to it because of Russian aggression. Eight feature film projects in the final stages of filming or in post-production made in Ukraine or in co-production with Ukraine, selected by the OIFF selection committee, will be presented by their creators. The most promising project chosen by the international jury will receive a prize of 10,000 euros.

More details about the projects can be found here. The presentations will take place on July 5 at 11:00 CET.