Istanbul Film Festival back in theaters in April 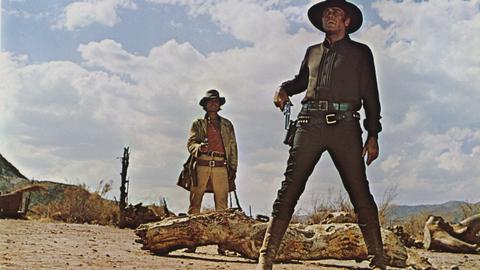 Celebrating its 41st anniversary this year, the long-running film festival returns to theaters after a two-year absence due to the pandemic.

The Istanbul Foundation for Culture and Arts (IKSV) organizes the 41st edition of the Istanbul Film Festival. Unlike the previous two pandemic-tainted years when screenings went live, this year the festival will be back in theaters.

When asked if there will be Russian films at a press conference, festival director Kerem Ayan said yes. “Besides, the Russian directors whose films we show are also against the war. We also show Ukrainian films and we believe in the unifying power of art,” he said to moderate applause.

IKSV General Manager Gorgun Taner remembered one of the festival’s founders, Onat Kutlar, and quoted an article Kutlar wrote on the occasion of the festival’s 10th anniversary: ​​”For ten years , every start of spring brings an awakening from a winter slumber to this city. He becomes alive, beautiful, with a smile on his face. The city begins to move.

Taner went on to say that as we look forward to spring this year, “we all need the festivities that cinema will bring.” He added that the festival continues to inspire viewers and filmmakers through the local productions it supports, the lasting relationships it builds with global festivals and the incentives given to youth.

“We are happy that our festival is an activity that projects the best and most interesting films under creative themes as well as Encounters on the Bridge and its awards,” he said, before thanking the Ministry of Culture and Tourism and all other sponsors of the festival.

“Meetings on the Bridge” director Gulin Ustun explained the co-production platform that brings together producers, directors and screenwriters from Turkey and neighboring countries for the 17th time.

Festival highlights include the opening film, Rabiye Kurnaz vs. George W. Bush, by Andreas Dresen, features a Turkish mother determined to get her son out of Guantanamo. Actor Meltem Kaplan, as the main character, won the award for best main performance at the Berlinale.

There is also A song to be desireda newly restored black and white Turkish film in 4K from 1953, co-directed by Cahide Sonku and featuring the unforgettable performer and singer Zeki Muren that will bring feelings of nostalgia to the fore.

The unforgettable director of Spaghetti Westerns Sergio Leone makes an appearance with all of his films, so if you’ve always wanted to see his work on the big screen, now is your chance.

The “Best of the Fests” brings together a selection of films that have already screened at festivals worldwide and will certainly not disappoint. Be sure to take a look at the offerings. Likewise, you can’t go wrong choosing movies from the International competition or the National competition.

Similarly, Galas offers a immaculate selection films that will soon be released in Turkey; including Rabie Kurnaz and Francois Ozon Kant’s stone who reverses the title role of RW Fassbinder’s cult classic The bitter tears of Petra von Kant. (It’s not the first time that Ozon has wandered into Fassbinder territory: his Water drops on burning rocks is also an adaptation of Fassbinder.)

The Antidepressant series features some that are bittersweet and some that are quirky. Movies are generally defined as comedies, and if you feel like something upliftingCheck them.

IKSV, which celebrates its 50th founding anniversary, has once again assembled an incredible selection of films for the 41st Istanbul Film Festival. Tickets go on sale April 1, and most even sell out before then, when presale to Tulip cardholders, so don’t sleep on it.

IMAGE THUMBNAIL: Once Upon a Time in the West (Italy/USA) by Sergio Leone is part of the Leone retrospective presented at the 41st Istanbul Film Festival.