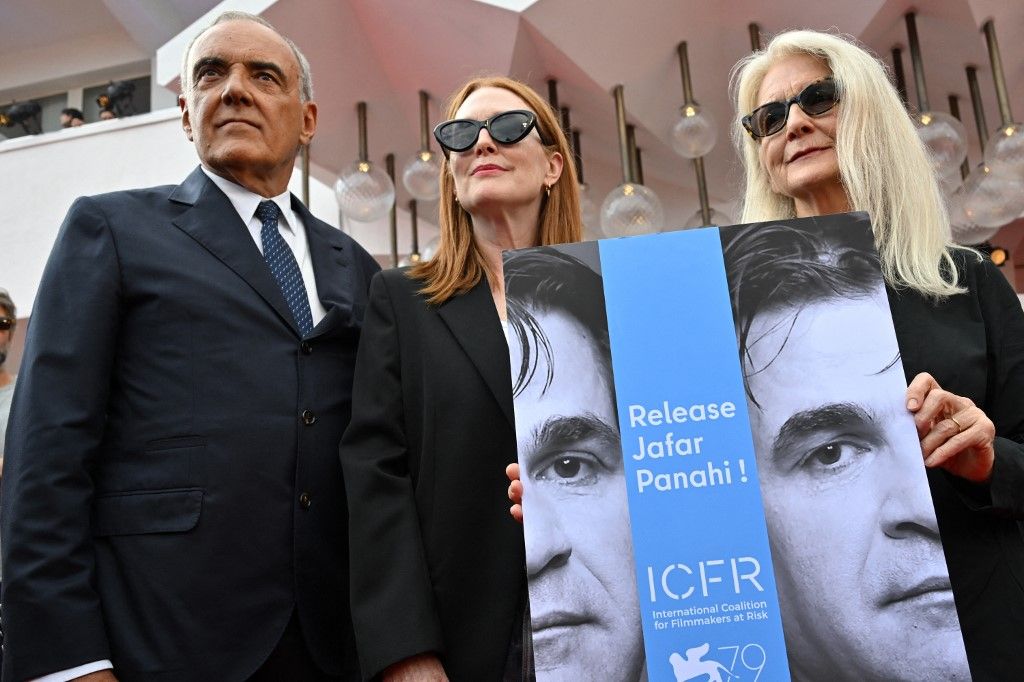 The Venice Film Festival left a symbolic void for Iranian filmmaker Jafar Panahi on Friday as his latest film had its world premiere as he languished behind bars in Tehran.

Panahi, who has won numerous international awards, was jailed along with two other filmmakers in July as part of Iran’s latest crackdown on civil society.

But his new film ‘No Bears’ – in competition for the Golden Lion at Venice – shows that the many years spent trying to silence the director have done nothing to dampen his searing political criticism and sense of ironic humor.

The film partly centers on Iranians in Turkey, desperately trying to emigrate to Europe.

But it also follows Panahi himself in a fictionalized version of his real life, as he struggles to make the film across the Iranian border, where it was already banned from going out.

Star actress Julianne Moore led a flash-mob protest on the Venice red carpet in support of detained filmmakers around the world, including Panahi.

Moore, who heads the jury for this year’s festival, was joined in the protest by dozens of other artists, including British director Sally Potter and last year’s Golden Lion winner, Frenchwoman Audrey Diwan .