Heart of the City: Annual Festival at DTES Vancouver 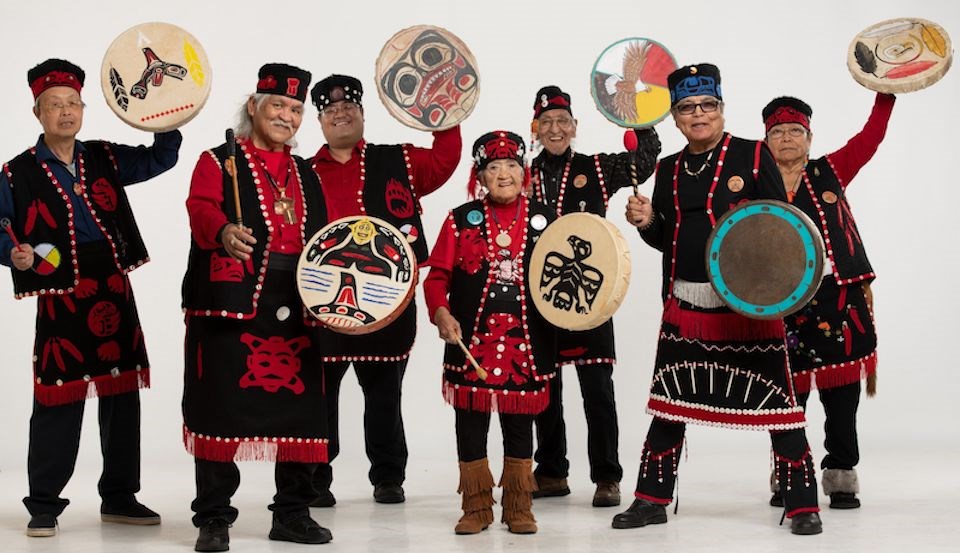 More than 100 events are scheduled throughout the festival.

A beloved festival returns to Vancouver’s Downtown Eastside this year with a wide range of performances, workshops, galleries and more.

The 19th annual Heart of the City Festival kicks off on Wednesday, October 26 and runs for 12 days until Sunday, November 6. There will be a mix of live and online events including music, stories, poetry, theatre, ceremonies, films, dance, readings, forums, workshops, talks, gallery exhibits, art lectures, history lectures and historical walks. Some events will take place indoors, while others will take place outdoors.

This year’s theme is “Community is Our Mentor” and events will focus on learning “lived wisdom and cultural practices” from community organizations, artists and DTES cultural circles using the “transformative power of history, song, music, film, theatre, dance, visual arts and ceremony to illuminate the paths of resistance and resilience.”

There are over 100 events scheduled throughout the festival and organizers have highlighted some of the “top picks”.

‘The meeting’ Launch of the mural

Created in 2016 by artist Richard Tetrault,‘The meeting’ The mural is described as a “stunning triptych mural” that expands with seven new panels by Tetrault, Charlene Johnny, Marissa Nahanee and Jerry Whitehead. It hangs in the Carnegie Theater during the Festival and “pays homage to past and present DTES artists and activists, as well as the diverse cultures and heritage of the Downtown Eastside”.

When: Wednesday, October 26 at 4 p.m.
Where: Carnegie Community Center Theater | 401 main
No cost

There will be art, ceremonies, teachings and storytelling for two weeks to honor the lived experiences of Indigenous grandmothers who traveled to DTES from the interior of British Columbia.

“Launched at last year’s festival, this multi-year, multi-generational project brings together the Interior Salish and Coast Salish peoples with nations connected to the Fraser and Thompson rivers, the mountains and the salmon. Producer Nadine Spence’s painted cedar chest honors her Nlaka’pamux and deceased Secwepemc grandmothers in the Downtown Eastside,” the festival explains.

Participants are invited to place messages for their ancestors, their lands and their waters in a traveling community message box created by artists of different nationalities with historical relationships with indigenous peoples.

When: Wednesday October 26 to Sunday November 6.
Where: VALU CO-OP Studio | 525 Carrall
No cost

Generations of women and water launch of the exhibition

When: Wednesday, October 26 at 6 p.m.
Where: Massy Arts Gallery | 23 E. Pender
Cost: Per donation. Registration information on the festival website at the beginning of October.

Generations of women and waterr exposure

When: Wednesday, November 2 at 6 p.m.
Where: Massy Arts Gallery | 23 E. Pender
Cost: Per donation. Registration information on the festival website at the beginning of October.

When: Thursday, November 3 at 6 p.m.
Where: Massy Arts Gallery | 23 E. Pender
Cost: Per donation. Registration information on the festival website at the beginning of October.

Light Up the Night: Conversation with Travis Lupick

Award-winning author and journalist Travis Lupick will share stories from his recent book, Light Up the Night: America’s Drug Overdose Crisis and Addicts Fighting for Survival.

“Told through integrated reporting centering on two heroic activists, it is the story of brave people stepping up where government has failed,” the event explains.

Interviewing Travis is Amanda Siebert, also an award-winning author with a new book coming out this fall, Psyched: Seven breakthrough psychedelics that are changing the world.

When: Thursday, October 27 at 1 p.m.
Where: Online on the Festival website, in pre-registration
No cost

ITangible Treasures of the Downtown Eastside

Intangible Treasures of the Downtown Eastside (Zoom Shadow Two) is an online collection of short, evocative shadow plays created on the Zoom platform by seven artists involved in Downtown Eastside who share intangible personal treasures that empower them – from their culture and their lived experiences. to family stories and the Union Laundry in Chinatown.

When: Thursday, October 27 at 7 p.m.
Where: Online on the Festival website. Registration information on the festival website at the beginning of October. Also available in the Carnegie Observation Room, 401 Main.
No cost

8e Symposium on Reconciliation and Reparation in the Arts: Stories Have Always Been Our Governance

The festival writes that during the 8th annual symposium, Stories have always been our governance will be “a national dialogue on culture in Indigenous cities that takes into account the needs of Indigenous cultural and urban practitioners. in the policies and building systems of indigenous cities.

The day will open with an inspiring panel of Indigenous urban cultural leaders from across Turtle Island, followed by a lunch break with musical entertainment and afternoon training in small groups.

When: Friday, October 28 from 10 a.m. to 2 p.m.
Where: Online on the Festival website, in pre-registration
Cost: Free for DTES residents

Learn more about registration and tickets.

There will be three shorts, followed by a conversation circle with SRO tenants Nicole Baxter, Kevin Nanaquewitang, Josh Gillen, Richard Schwab and Tom deGrey. The public will be invited to ask questions. Arrive early to meet the crew and then stay for a community meal.

Registration is required for non-DTES residents and information will be on the festival site in early October.

Tribute to writers from the Downtown Eastside

Tribute to writers from the Downtown Eastsidecelebrates the writers and poets – past and present – who frame the community with their “powerful thoughts, words, ideas, support and encouragement”.

Check out all the event details on the Heart of the City website.