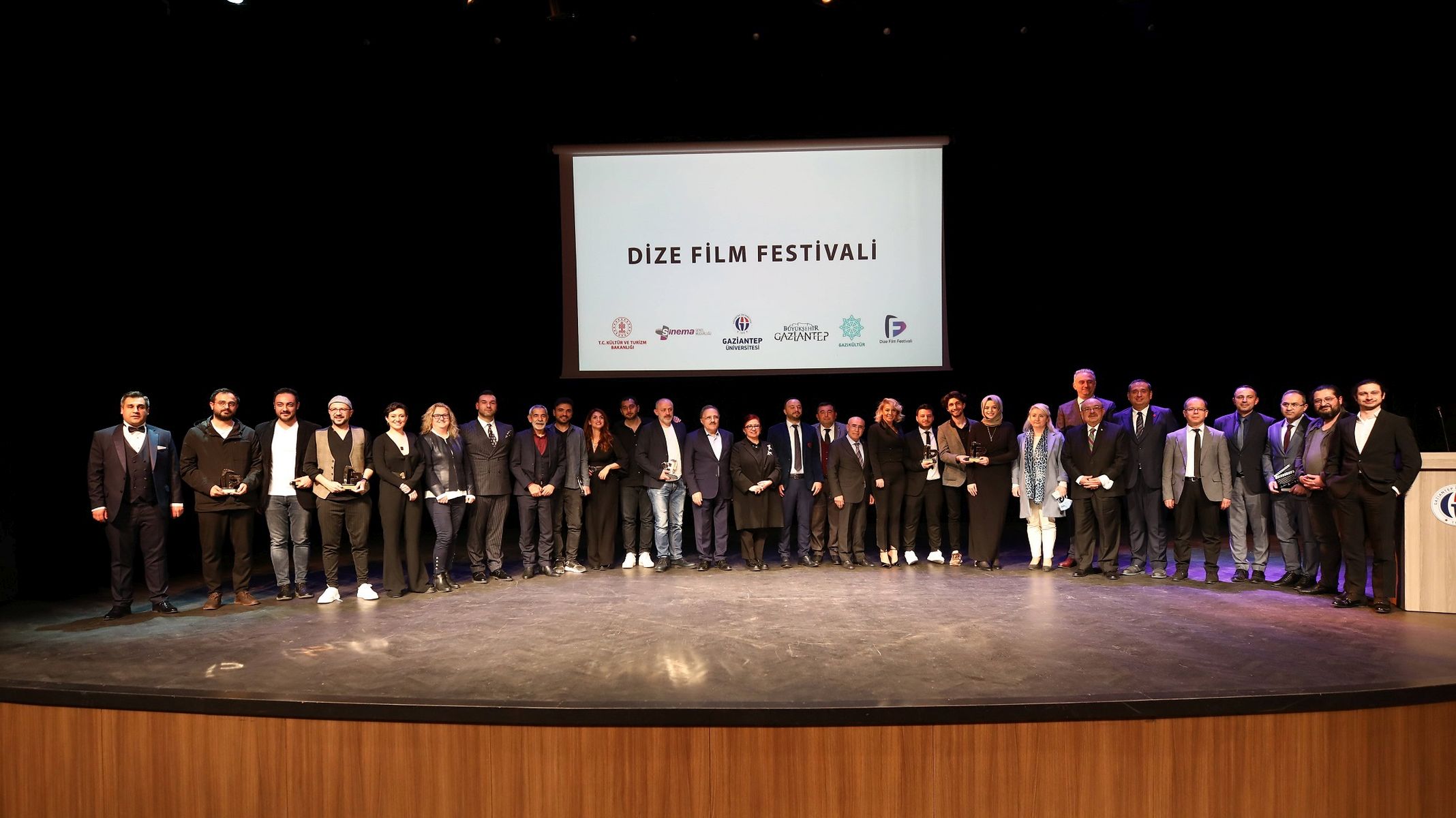 Gazikultur AS, affiliated with Gaziantep Metropolitan Municipality. The Gaziantep String Film Festival Awards Ceremony, organized by The awards were presented to their owners in 34 categories determined during the festival, which included 10 short films.

The festival was inspired by master poets.

In the festival, which focuses on poems written in Turkish nationwide, by Hacı Bektaş Veli for the 750th anniversary of his death at UNESCO’s 2021 Commemoration and Celebration Program by UNESCO, by Yunus Emre for the 700th anniversary of his death, and from 2021 to 2021. Mehmet Akif Ersoy’s poems were the subject of short films this year, as they were declared the year of Mehmet Akif and the national anthem.

The prizes were distributed in the categories of the festival

At the end of the 3 days of the festival, determined by the members of the jury according to the categories. kazan were listed as follows:

Nuri Cihan Özdoğan received the Best Director category with the film “Laciverti of the Same Night”.

The Gaziantep Metropolitan Municipality Honorable Mention Award was given to the film “Good Times” directed by Okan Aygün. Aygün, who could not come to receive the award due to health problems, thanked him with the video message he sent, and Taner Kayalar received him as his representative.

The Special Jury Prize was awarded to the film “Kıspet” directed by Harun Korkmaz.

Director Deniz Telek received the award in the Best Music category for the music for the film “Anoush”.

In the Best Animation category, Muaz Güneş won the prize for the film “Yasemin”.

In the Best Documentary category, the documentary “Into the Light”, directed by Asuman Yüksel and Emrullah Özcan, was selected.

Karatepe: I wish the sustainability of this organization

The Vice Chairman of the Local Government Policy Council of the Presidency, Prof. Dr. In his speech, Şükrü Karatepe said that art is a whole and said:

“Literature and cinema feed each other for the most part. The image comes first. The first beginning of art begins with the images drawn on the walls of the cave. The first article from this region can also be found here. We watch many precious novels and stories as much as we read them. I’ve seen poetry shows with visuals, but I haven’t seen an example of it in the movies. Such a start was really good. I hope you will continue. I want to thank those who had such an idea that brings together poetry and cinema.

Berk: We wouldn’t be wrong if we said Gaziantep is a movie heaven

Deputy Mayor of Gaziantep Metropolitan Municipality, Mehmet Berk, in his speech at the award ceremony, congratulated the winners for their efforts and said:

“Nothing surprises all the winners. All are the rewards you get with your hard work. I am 72 years old. I have been a fan of cinema since the 5th year of primary school. My village was 30 kilometers from the city center. My friends and I used to walk this road and watch the movie at the summer cinema and come back to the village around 11 a.m. My fascination with cinema continued after I migrated to the city. many cinemas that are remembered in the past. We wouldn’t be wrong if we said that Gaziantep is a cinema paradise. Thanks to those who contributed to the festival. I always used to say ‘There is Golden Orange, Golden Boll Festivals, why is there no Golden Star Festival in Gaziantep’, but this dream came true today, I want to thank those who made these dreams come true.

Tanülkü: The place that creates us are the streets, the love and the flowers of my country.

Artist Turgay Tanülkü thanked those who contributed to his speech at the award ceremony and said, “The place that made us exist is the streets, love and flowers of my country . The name of such a festival is very sacred. Because those who write poetry write with their own feelings. Those who write the lines write with their feelings. We read them. Can we capture these feelings? The directors of the films said, “That’s how I interpreted this poem, that’s how I shot it.” You are in between,” he says. We are the ones in between. The only place we overcome that is love. Love for our country people, our country children. I have been dealing with art for 50 years. I started art in prison. I say “well done”. Because I learned the human scent there. If we can get on the same seesaw in the same playpen as the kid in jail, the kid in jail, the kid in the house, and join hands and shake ’em, we can achieve peace in this world. My love is yours,” he said.

Tanrıöver: We loved and were loved in this geography

Hakan Tanrıöver, Chairman of the Board of Gazi Kültür, said the unifying power of art brought the festival together and said, “This country has given us a lot. We felt the sound of the divine name here, we loved and were loved in this geography. We didn’t just fall in love with the stone and soil of our country. We heard the voice of Yunus one after another, we heard the cry of Mevlana, we witnessed the march of the Yesevi saints, we experienced the Turkish passion of Hünkar Hacı Bektaş-ı Veli, Akif, Mehmet of Karaman . We burned with the folk songs of Karaca boy, we were excited by the songs of Tamburi Cemil Bey and we were proud of the world tent of Oğuzhan. We have guarded the homeland of Alparslan, we have planted Osman Gazi’s plane tree in the garden of the world. With the ideals of Mustafa Kemal Atatürk, we march into the future with our President Recep Tayyip Erdoğan. Thank you for your participation in this very meaningful evening.

Yakar: We think the Dize Film Festival has become a tradition, just like Golden Boll in Adana and Golden Orange in Antalya.

Gazikultur General Manager Halil İbrahim Yakar thanked Gaziantep Metropolitan Municipality Fatma Şahin for their support. Yakar gave information about the main theme of the festival in his speech and said:

“Our goal at the festival was to combine poetry, which is one of the most beautiful works of literature, with cinema. In this festival that we organized this year, more works arrived than expected. The members of our jury carefully examined them. It is difficult to produce a work in thematic festivals, but all the works that preceded us were works that deserved awards. As a rising star, Gaziantep continues to leave its mark with its exports and industry in today’s Turkey. When we look at past periods, the city merges with the cinema. Here is the Nakıp Ali value. He left a big impression on this city. Starting from its cinema in Suburcu, this value showed its effect even in the art center of Beyoğlu, Istanbul. The city is the perfect setting for the String Film Festival. We plan to make it traditional from now on. We are sure that the Dize Film Festival will become a tradition in the years to come, just like there is a Golden Boll in Adana and a Golden Orange in Antalya.

Dize Film Festival Project Chief Advisor, Istanbul University Faculty of Letters, Department of Turkish Language and Literature, Head of Department of Turkish Folk Literature, Professor Abdülkadir Emeksiz, on the other hand, pointed out that Gaziantep is an important city of history and culture in its speech, and it clearly shows. kazanhe said yes. In his speech, he gave information about the festival.

A plaque of appreciation was given to the members of the jury.