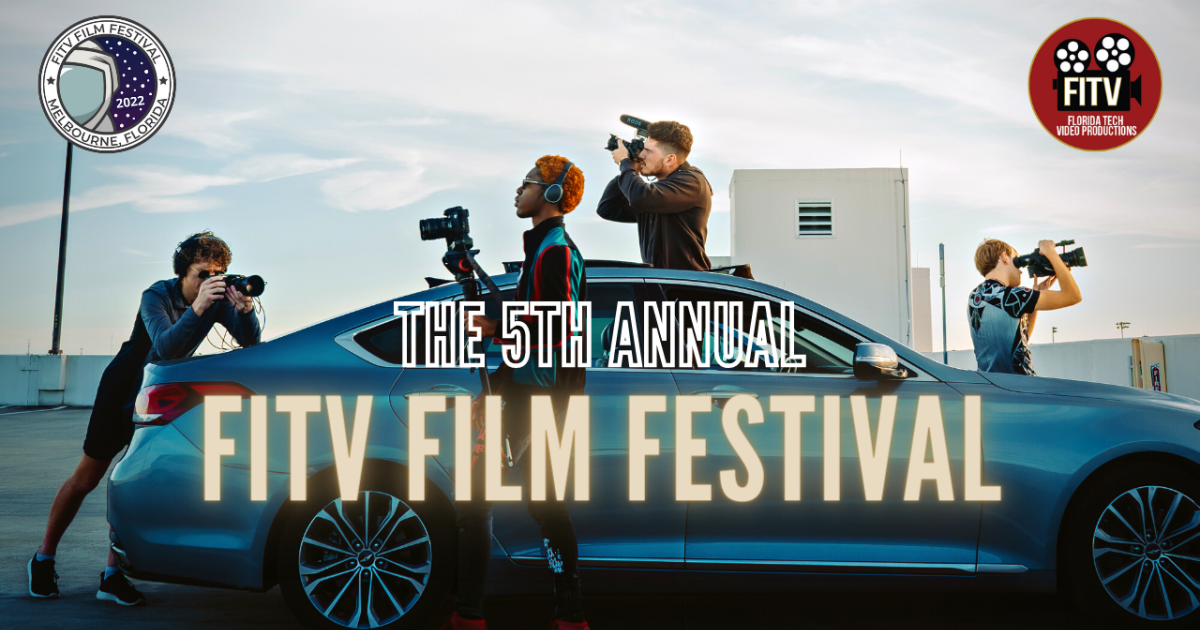 More than two dozen short films from the United States and around the world will be presented at the 5th Annual FITV Film Festival scheduled for April 15-16 at the Gleason Performing Arts Center on the Florida Tech campus and online.

With films from Italy, Spain, Chile, France, Dominican Republic, Sweden, Norway, Portugal, China, United Kingdom, Germany, Turkey, Israel, from the United States and beyond – none of which exceeds 21 minutes – the line-up features 18 entries by students and eight by professional filmmakers. Florida Tech is not represented this year among student films.

As it has been since its inception, the free festival is run by students from Florida Tech Video Productions (FITV).

The festival kicks off at 7 p.m. on Friday April 15 with 12 films. The screenings will last a little over 2.5 hours, and there will be three 10-minute breaks. On Saturday April 16, it starts at 6 p.m. and will offer 14 films. The screenings will again last approximately 2.5 hours and will include three 10-minute breaks. Saturday will also feature a 20-minute awards ceremony at the end highlighting the best student and non-student films in several categories, including best film, best director and best screenplay.

All the films of the festival and several related events will be broadcast via FITV YouTube channel.

Advance tickets are not required, but members of the general public will need to check in at the front desk in the Gleason Lobby. Students will check in through the CORQ app at reception.

Given the festival’s proximity to film awards season, organizers encourage guests to dress in formal attire.