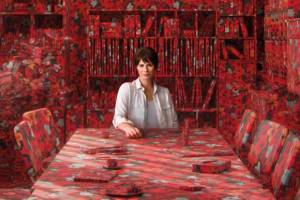 “The lack of capacity in the city’s cinemas and the closure of Kino Europa are the reasons for the return to SC Cinema, but it brings back happy memories of our early years at the festival. This year is also the celebration of Croatian cinema, which is heralded by the national premiere of The teachers’ room by Sonja Tarokić in the feature films competition and ten Croatian shorts in the Checkers program, ”festival director Boris T. Matić told FNE.

Main program of the competition for feature films: