FESTIVALS: Sofia Film Festival 2022 set to kick off with postponement of Sofia meetings 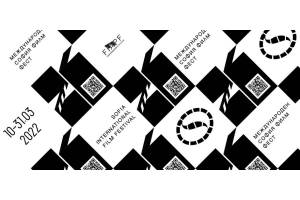 SOFIA: 26th Sofia International Film Festival will take place from March 10-31, 2022, returning to its traditional physical event form. A total of 80 films from its programming will be screened online at the same time.

Bulgaria’s most important film industry event Sofia Meetings postpones its 19th edition to the beginning of the summer. The organizers promise that the well-known formats, mainly related to first and second film projects, will be back from June 6 to June 12, 2022.

Distinguished screenwriter and author Angel Wagenstein will be honored for his outstanding contribution to the art of cinema. In the year of his 100th birthday, he will receive the Prix Sofia de la Municipality of Sofia. The official ceremony will also include the screening of the digitally restored 1959 Cannes Grand Jury Prize winner Stars. The film will recall the exceptional collaboration between screenwriter Wagenstein and cult German director Konrad Wolf.

British director Tony Palmer will also receive recognition, this time it will be the special prize of the 26th edition of the SFF.

A retrospective titled women in cinema will illustrate the theme of this year’s festival. The films will be screened before the official opening on March 10, 2022, with the French Both sides of the blade directed by Claire Denis and produced by Curiosa Films.

The international jury will be led by Bulgarian director Iglika Triffonova and will also include four other directors: Lech Majewski from Poland, Oleg Sentsov from Ukraine, Radivoje Andrić from Serbia and Zlatina Rousseva from Bulgaria/Belgium.