Enlightening Goans with the annual Festival of Ideas 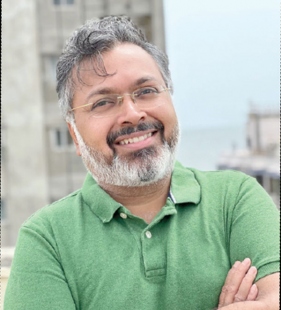 Enlightening Goans with the annual Festival of Ideas

The 14th edition of the DD Kosambi Ideas Festival will be held from November 10 to 14 at Ravindra Bhavan, Margao. One of the most anticipated events of the year, the thought-provoking festival brings some of the most celebrated speakers to the shores of Goa

Damodar Dharmanand Kosambi was an acclaimed historian, mathematician, statistician and polymath who introduced new perspectives and methods in Indological studies. He contributed to genetics by introducing the Kosambi map function. He is well known for his work in numismatics and for compiling critical editions of ancient Sanskrit texts. DD Kosambi was also a historian specializing in ancient India who used the historical materialist approach in his work. He is described as “the patriarch of the Kosambi school of Indian historiography”. He was a devotee of universal brotherhood, religious harmony and moral values, and, moreover, a leading activist in the global peace movement. The Art and Culture Directorate of Goa Government had initiated the DD Kosambi Ideas Festival to commemorate the Centenary birth of the legendary Damodar Dharmanand Kosambi in 2008. Since then, this prestigious stage has seen world renowned speakers from different areas share their thoughts with the public of Goa. This year, Goa’s own son, Damodar Mauzo will be the keynote speaker among other noted personalities. He has so far written about 25 books to his credit in addition to edited and translated works. Among many awards are the 1983 Sahitya Akademi Award, the World Konkani Center’s VV Pai Sahitya Puraskar, and several national and state literary awards. “Teresa’s Man” has already been nominated for the Frank O’Connor International Prize. The widely translated author, his stories have been published in English, Portuguese and French in addition to most Indian languages. Her acclaimed novel, ‘Karmelin’, has been translated into fourteen languages ​​while ‘These Are My Children’, ‘Mirage’, ‘Teresa’s Man’, ‘Tsunami Simon’ are the books translated into English. Penguin India recently released its collection of stories “The Wait” which went into second printing within two months of its launch. His recent novel, ‘Jeev Divum Kai Chya Marum’ (Should I kill myself or have a cup of tea) has been published in Kannada and Marathi translation while the English version is expected to be released in 2023. He has scripted many feature films and short films and has received several awards at film festivals. He is co-founder and co-curator of the Goa Art & Literature Festival. Recently, he was declared the recipient of the Jnanpith Prize for the year 2022. Professor Madhavi Menon Madhavi Menon is Professor of English and Director of the Center for Gender and Sexuality Studies at Ashoka University. She works on issues of identity, sexuality, gender and politics, and is the author of several books on Shakespeare and queer theory. His most recent books focus on subjects closer to home: “Infinite Variety: A History of Desire in India” (2018) and “The Law of Desire: Rulings on Sex and Sexuality in India” (2021). She taught for several years at Ithaca College and American University in the United States before returning to help establish Ashoka University in Delhi NCR.Dr Devdutt PattanaikDevdutt Pattanaik writes about the mythology he defines as cultural truths revealed through stories, symbols and rituals. He lectures on the relevance of Indian and Western myths to modern life. Over the past 25 years he has written and illustrated over 50 books, including ‘Book of Ram’ and ‘Dharmic Leadership’. Known for his TED Talk and TV shows such as “Devlok” and “Business Sutra”, he is a regular columnist for reputable newspapers. He was trained in medicine, spent 15 years working in the pharmaceutical and healthcare industry, but over the past decade he has been completely immersed in exploring mythology and sharing its wisdom with the world. Dr Suraj YengdeDr Suraj Yengde is a doctoral candidate at the Faculty of History. He is the author of the best-selling “Caste Matters” (2019) and co-editor of the award-winning anthology with Dr. Anand Teltumbde, “The Radical in Ambedkar: Critical Reflections” (2018). “Caste Matters” was a best-seller and was rated “Best Non-Fiction Book of the Decade” by The Hindu. The Malayalam translation of the book won the Kerala State Translation Award. The book has been translated into three languages, and four more are in progress. He has written over a hundred articles in academic and non-academic journals. His articles have appeared in Ethnic & Racial Studies, Diaspora Studies, Caravan, Seminar, Economic and Political Weekly, among others. He is a columnist for the Indian Express, running the only caste-centric column in the world. He is currently working on two manuscripts. The first, ‘Caste, A History of the World’, is under contract with Allen Lane and the second, ‘Biography of Dr BR Ambedkar’, under contract with Juggernaut. Dr. Yengde is founder and curator of the Dalit Film Festival and co-founder of the Equity in Policy Education initiative launched at Harvard. Professor Pranay LalPranay Lal is a biochemist by training and works for a non-profit public health organization. He has been a cartoonist for newspapers, an animator for an advertising agency and an environmental activist. His first book, ‘Indica: A Deep Natural History of the Indian Subcontinent’ was published by Allen Lane in December 2016 and won Best First Novel at Tata Lit Fest Mumbai in 2017, Best Book Award at Delhi Book Fair 2017, and was named among the top 10 memorable books of the year by Amazon and The Hindu’s non-fiction list of 2017. Currently he is working on two books ‘Malabarica: A Deep Natural History of the Malabar’ and ‘The Cretaceous: The Golden Age of Dinosaurs’.