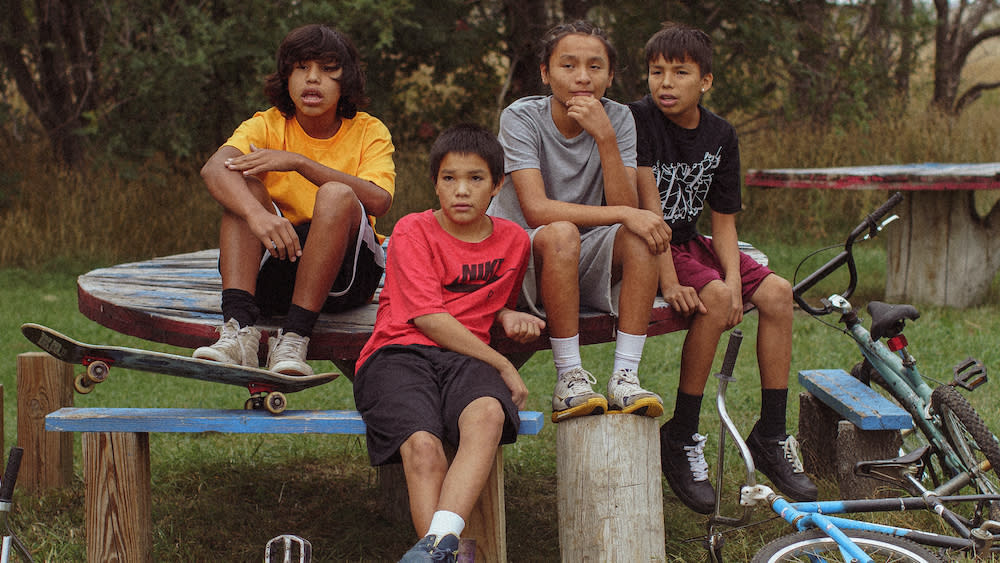 Gina Gammell and Riley Keough”war pony“, “Aftersun” by Charlotte Wells and Agnieszka Smoczyńska “The Silent Twinsare among the many first female feature films expected to compete at the Deauville American Film Festival.

Eight titles out of 13 feature films will compete in Deauville as first films. “War Pony” had its world premiere at Un Certain Regard in Cannes and won the Caméra d’Or for best first film. “War Pony” is a collaborative experience featuring two young Oglala Lakota men torn between tradition and the consumer culture that surrounds them. “The Silent Twins,” which also bowed to Un Certain Regard, is a biopic of troubled twin writers June and Jennifer Gibbons with Letitia Wright and Tamara Lawrance.

“Aftersun”, meanwhile, had its world premiere at Cannes Critics’ Week where it won the French Touch award and was acquired by A24. The melodrama stars Paul Mescal and newcomer Frankie Corio as a young father and his 11-year-old daughter who are vacationing at a resort in Turkey in the late 1990s.

Other notable titles in competition include Chloe Okuno’s ‘Watcher’, which bowed out at Sundance and won Best Feature at the Boston Underground Film Festival.

“Since 1995, when the festival became a competition, our ambition has been to present the best of American independent cinema,” said Bruno Barde, director of the Deauville Festival.

“The filmmakers in this edition, many of whom are making their feature film debuts, aspire to provide an artistic answer to the questions posed by the world,” continued Barde, who described the competition as “robust and engaging.”

Barde said these films “question our future” and “examine childhood and youth with disturbing and moving acuity, making coming of age a recurring theme”.

Also in competition are “1-800-HOT-NITE” by Nick Richey, “Dual” by Riley Stearns, “Emily the Criminal” by John Patton Ford, “Montana Story” by Scott McGehee and David Siegel, “Over/Under” by Sophia Silver, “Palm Trees and Power Lines” by Jamie Dack, “Peace in the Valley” by Tyler Riggs, “Scrap” by Vivian Kerr and “Stay Awake” by Jamie Sisley.

Here is a teaser for the 2022 edition of Deauville FestivalThe composition of the competition: