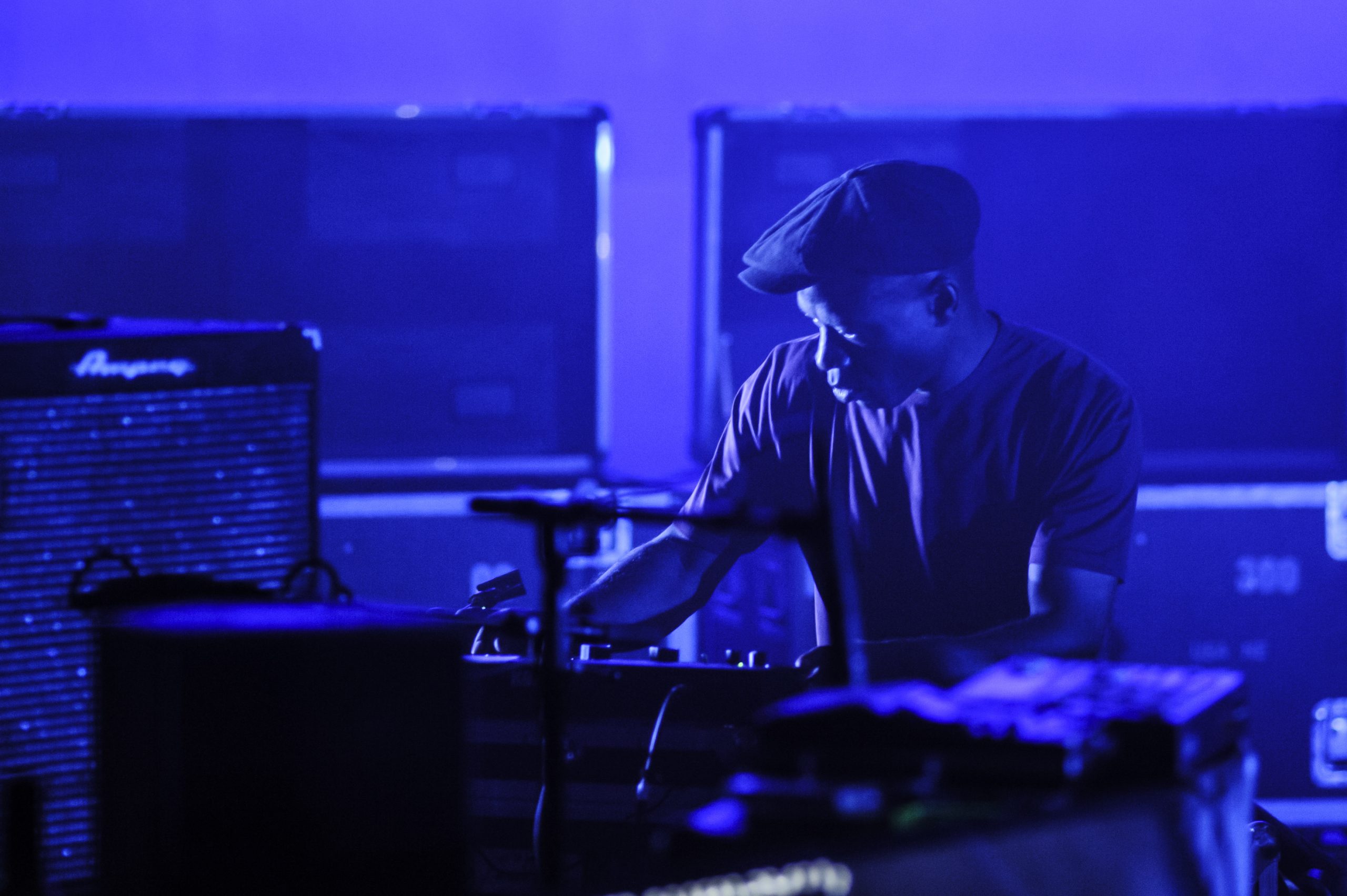 AArtistically, Napoleon Maddox is as malleable as a Stretch Armstrong action figure, transforming from beatboxer and emcee in one venue to DJ, playwright/songwriter or theatrical performer in others. When not in Cincinnati, his second home and artist residency in Besançon, France allow him to perform musical theater and hip-hop throughout the region. Being housed locally in France for 10 months at the start of the pandemic gave him time to immerse himself in painting and host an online radio show. In other words, Maddox is always tapping into his own creative vessel.

He is also always eager to obtain his collaboration. Locally, Maddox’s roots germinated in the mid-90s as the frontman of the hip-hop/jazz group ISWHAT?!, and throughout his career he cultivated global relationships between the underground jazz and music communities. hip hop. Through his associations with influential musicians including Burnt Sugar Arkestra, Archie Shepp & Phat Jam, and French electronic producer Sorg, Maddox’s collective reach inspired him to found Underworld Jazz Festival in 2018.

Now in its fourth year and organized with the help of partner Kimberly Gory and members of ISWHAT?!, the festival continues to explore a continuum of African Diaspora history and music through film, visual arts and live performances. In a video call from Lausanne, Switzerland, Maddox explained what to expect from this year’s events and why he omitted the word “jazz” from the festival’s name.

“My decision to move forward and change that was really driven by conversations I would have with people of our generation,” he says. “For them, gentrification [jazz], the reappropriation of our intellectual property – collectively jazz, blues, rock and roll, like so many other things – has been so effective that we don’t even identify with our own culture. A brother literally told me when I asked him what he thought of the promotion we were about to roll out and what we were planning. He was like, ‘Yeah, I would see that, and I’d probably be like, ‘no it’s ok‘ due to this word right there,” and he pointed to the word “jazz” on the flyer.

Semantics aside, there’s a whole spectrum of creativity going on this weekend. In keeping with the spirit of the UnderWorld Jazz Festival, this year’s events celebrate Black history, culture and creativity at venues across the city tonight, October 20 through Sunday, October 23.

The festivities include a keynote by artist Halima Taha, a DJ set by Jarobi from A Tribe Called Quest with projections of Afrofuturist digital art from London’s Vince Fraser (whose work appeared at BLINK over the weekend last), a musical tribute to the general and leader of the Haitian revolution, François-Dominique Toussaint Louverture, and a jam session hosted by the Burnt Sugar Arkestra.

“The ongoing theme of the festival that I wanted is to have a diasporic perspective looking at everything we do,” says Maddox. “Obviously we – you and I, and most of the people who will be performing have a unique African-American history – even though we are part of the diaspora, there is something specific that we have to share and that we But I think it’s important for us, as black people around the world, to realize the connectedness of our stories.

This connection is why the interpreter believes that a story like that of Toussaint Louverture is important not only for the Haitian people but also for those in the African diaspora. “He is so underappreciated and underrecognized, just like the people of Haiti,” he added.

The multimedia performance of THE OPENING OF ALL SAINTS features bassist, Brent Olds’ band, Stockboy Brent and Burnt Sugar Arkestra will accompany students at Cincinnati College Preparatory Academy in conjunction with the Cincinnati-Nancy France Sister City Association charity. CCPA students participated in workshops with Maddox and other UWBAF artists to learn writing, improvisation, and performance techniques.

“We have a very good relationship with this school because when we created Millie-Christine: Twice the first time [in 2017], they came to see the performance, and I did a few workshops at school talking about the text,” Maddox shares. “Over time, whenever I had a creative experience to share with them, I would reach out to a teacher there, Stephanie Grimes, who is phenomenal for her willingness to stretch beyond the boundaries of what should happening in the classroom to provide rich experiences for students. It’s a lot of work, but I’m excited about the impact we can have by simply applying ideas and being able to add to the kinds of experiences of these students.