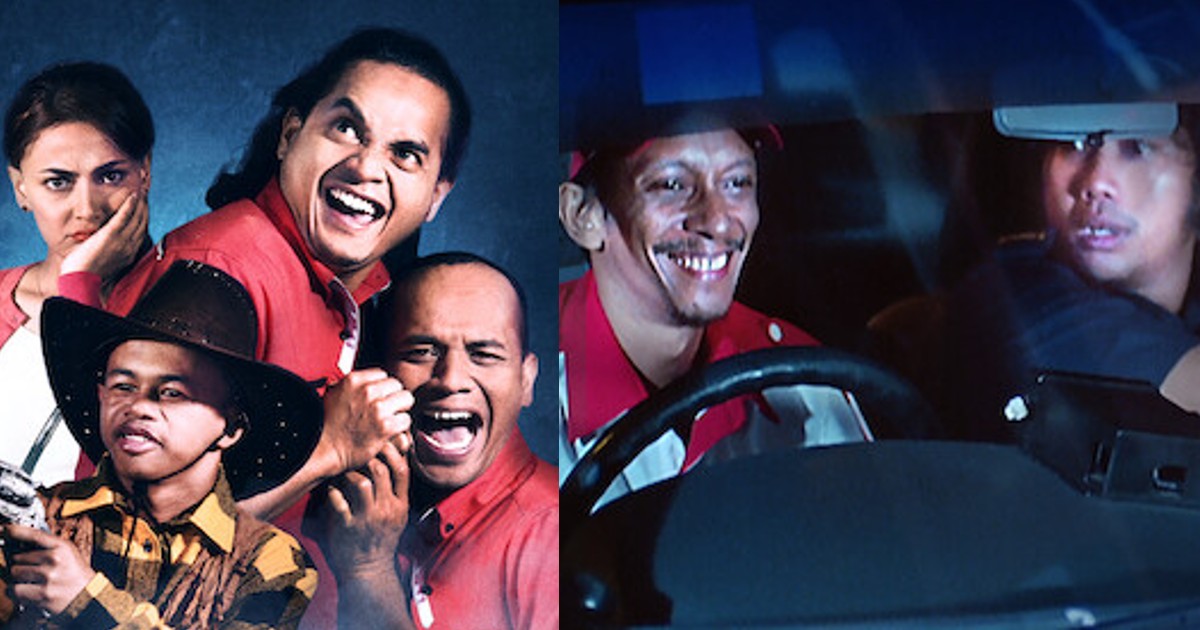 Have fun with these comedy movies while breaking the fast with your loved ones.

A long day at work or school can become very exhausting, especially when you are fasting. Getting together with your family and friends to watch a movie while breaking the fast is a good way to relax.

Here are five Hari Raya-themed comedy movies on Netflix that you can consider catching while you revel in your loved ones.

Directed by A. Razak Mohaideen, the comedy-horror movie Syif Malam Raya was released in 2020 and is an hour and a half long.

The film centers on two friends, Zaid (played by Atu Zero) and Hisyam (Sharif Zero), who both work in a morgue. On the eve of Raya, they are tasked with delivering a body to Ipoh. In order to impress Mera (Reen Rahim), whom they both love, they invite her and her brother, Yoh (Yoe Parey), to accompany them so they can send them back to their village before the morning of Hari Raya.

However, strange things begin to happen on their journey when they reach a village said to be haunted by a pocong.

The characters possess exaggerated personalities which contribute to the comic elements. Viewers can expect witty one-liners and amusing character exchanges.

With Saiful Apek (who plays the character of Shuib) and Johan Raja Lawak (Bob), Raya Tak Jadi is a comedy film directed by A. Razak Mohaideen. This hour-and-a-half-long film was released in 2011.

Brothers Shib and Bob are on their way back to their hometown during Ramadan.

Panic and chaos soon ensue when they discover a passed out man in the trunk of Shuib’s cab. It turns out they had accidentally interfered with the kidnapping of one of Malaysia’s most influential men. The brothers will have to find a way to resolve the situation without getting into more trouble.

Saiful Apek and Johan Raja Lawak are well known for their gags and play prominent roles in Malaysia’s slapstick comedy scene. The banter between them and the creative schemes they come up with are the highlights of the film.

Anak Boulan is a 2016 local Ramadan-themed film directed by Raihan Halim. Set in Singapore in 1967, an unexpected crescent moon takes Hari Raya to the next day.

This causes Muhammad and his family, along with the rest of the village, to scramble as they all struggle to prepare for the next morning.

Themes surrounding family ties, friendships and forgiveness are represented throughout this film.

4. I know what you did last Raya

In the film, five friends have a car accident with a man and his goat on their way home on the eve of Hari Raya.

Fearing the potential consequences, they decide to take cover and flee the scene. They soon notice someone stalking and harassing them, aiming to expose their misdeeds.

Despite several suspenseful moments, viewers can still expect a good laugh as the comedic timing is well captured through their gestures and dialogue.

Hantu Kak Limah, directed by Mamat Khalidis, does not take place during the period of Hari Raya or Ramadan. Instead, this two-hour film focuses on kampong culture and spirit (both figuratively and literally).

Kak Limah (played by Delimawati), a kind resident of Kampung Pisang, was found dead in her home. However, her ghost begins to roam the village and bother the villagers.

The characters’ almost cartoonish mannerisms add a unique charm and make the movie fun to watch.

Whether you’ve seen some of these movies before or never heard of them until now, these movies are sure to give you a good laugh during the fasting month!